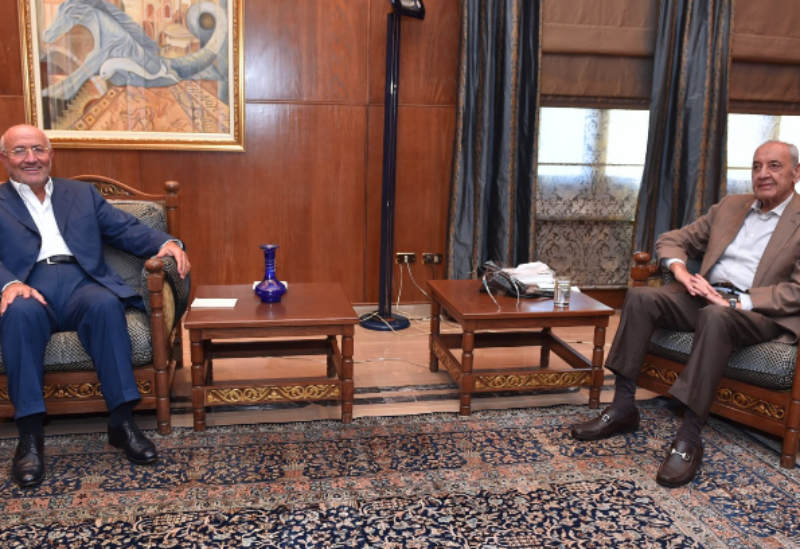 Speaker of the House Nabih Berri met former Minister Ghazi Al-Aridi on Friday at the Second Presidency in Ain El-Tineh, where they spoke about the current state of affairs in general and the most recent political developments.