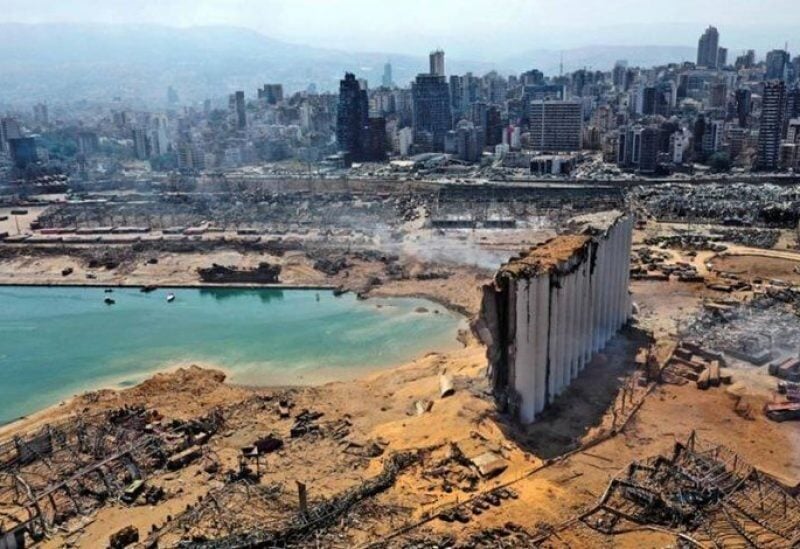 Only few hours after the judicial investigator in the Beirut port explosion, Judge Tariq Bitar, finished hearing dozens of witnesses in the case, he launched a legal prosecution mechanism and proceeded to pursue senior politicians, military and security leaders, and current and former judges, in crimes of default, negligence, and possible intent of murder.

Bitar’s decision was a resounding surprise, in terms of prosecutions and summonses, as he set a date for  interrogating  caretaker prime minister, Hassan Diab, without announcing the date, and informed him that he must come to his office at the Palace of Justice for interrogation, and sent a letter to the Parliament to lift the parliamentary immunity of former Minister of Interior Nouhad AL-Mashnouq,  Former Minister of Finance Ali Hassan Khalil, former Minister of Public labor Ghazi Zuaiter, in preparation for prosecution them, with the possible intent of murder felony, which led to the death of  hundreds in the port explosion, in addition to the misdemeanor of negligence and default, after they were officially notified of the presence of highly dangerous ammonium nitrate steamer, and their failure to take measures to avoid the country’s risk of explosion.

Moreover, Bitar sent a letter to Beirut Bar Association, to give him permission to pursue Khalil and Zuaiter, as they are lawyers. He also requested permission from the Tripoli Bar Association to prosecute former Minister of labor Youssef Fenianos as a defendant for the same crimes.

Surprises continued in Judge Bitar’s decision, the most prominent, was the request for permission from the Minister of Interior in the caretaker government, Mohamed Fahmy, to pursue and prosecute the Director General of the Public Security Agency, Major General Abbas Ibrahim, while he followed in the footsteps of his predecessor, Judge Fadi Sawan, by accusing the commander of the State Security Service, Major General Tony Saliba, and asked the Prime Minister to give permission to pursue him.

The list of prosecutions included former military and security leaders, as Bitar also claimed the former army chief, General Jean Kahwagi, the former director of intelligence Brigadier General Kamil Daher, the former brigadier general in the army’s intelligence Ghassan Gharzeddine, the former brigadier in the intelligence Jawdat Oweidat. The judicial investigator set dates to question them periodically. Bitar also referred a letter to the Public Prosecutor’s Office of Discrimination, requesting legal requirement to be taken against a number of judges and pursue them. He decided regarding requests for release submitted by a number of detainees, and agreed to release two of them: Major in Public Security, Daoud Fayyad without bail, and engineer, Nayla Al-Hajj, while the rests were rejected.