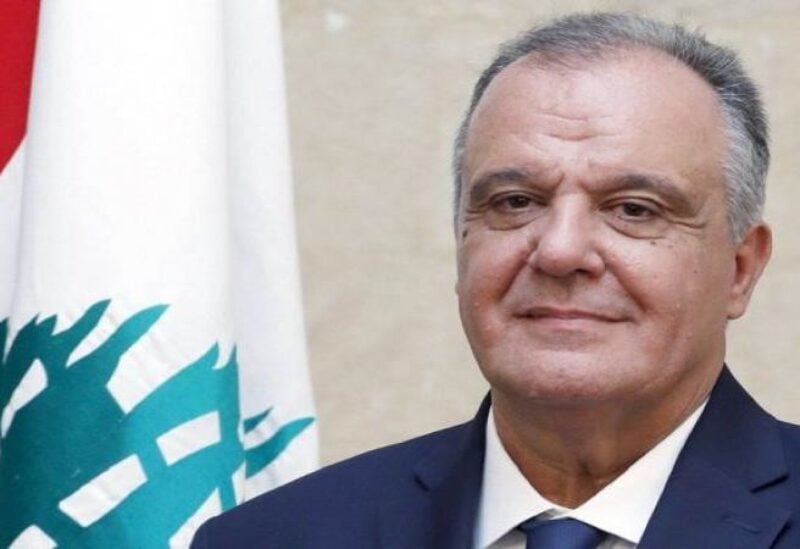 Minister of Industry Georges Boushekian, virtually participated Wednesday in the nineteenth session of the General Conference of the United Nations Industrial Development Organization (UNIDO), hosted in the UNIDO headquarters in Vienna.

In his word, Boushekian thanked the UNIDO for the many projects it implements in Lebanon, highlighting the importance of cooperation between the Ministry of Indurtsy and the UNIDO office in Beirut.

He also appealed to the UNIDO to help the Lebanese industrial sector and support Lebanon in the path of its exit from its crisis.

The Minister said in his speech: “I am honored to represent Lebanon at the nineteenth session of the General Conference of the United Nations Industrial Development Organization (UNIDO), as we were supposed to meet with determination and will to develop plans and programs aimed at achieving sustainable development, recovering from the impact of the Corona pandemic and keeping pace with the Fourth Industrial Revolution.”

This year we were going to meet for a long-awaited gathering of the nations’ representatives, on the basis that we have more or less overcome the COVID-19 pandemic that has changed our economies, our social lives, our education and health systems and our lives as individuals.

And here it is again imposing a lock-down in Austria and in a number of European countries, the fact that, unfortunately, prevented us from attending the General Conference. We wish Austria the success of its preventive measures.

This pandemic has weighed on the countries of the world, especially the developing and the poorest. Poverty and inequality increased as a result of weak infrastructure, border closures and the imposition of trade restrictions on supply chains, leading to a strong trend toward economic nationalism and increased domestic production.

However, despite the negative effects of this pandemic on the global economy, serious opportunities have emerged to shift towards more productive and sustainable growth.

Lebanon was not aloof of this crisis. Our country has gone through a difficult multidimensional experience. In addition to the catastrophic effects of Corona and the great shortage of medical equipment, sterilization tools, hospital equipment, protective clothing, oxygen machines and medicines as a result of the disruption of global supply chains, the unprecedented economic and financial crisis that Lebanon is suffering from had a multiplied effect.

Import restrictions increased, the purchasing value of the citizen weakened and the inflation rate rose dramatically. The Syrian displacement crisis has added to the challenges in a country of about 5 million people, which hosts 2 million displaced Syrians and Palestinian refugees, in addition to the problem of closing the land border crossings between Syria and both Iraq and Jordan.

The Lebanese hosting of the displaced, which is required humanely, has caused losses of more than fifteen billion dollars recognized by the World Bank’s while the compensations to Lebanon did not exceed one billion dollars. So how can Lebanon rise without urgent aid from the international community?

What also exacerbated the situation is the devastating explosion of the port of Beirut a year and three months ago, which killed two hundred martyrs, caused thousands of injured, destroyed half of the capital, displaced tens of thousands and inflicted material losses on them for tens of billions of dollars.

However, despite these successive crises, the Lebanese industry was stronger than the catastrophe, and played a huge role, through which it proved its ingenuity, capabilities, innovative abilities and flexibility in adapting to crises and emergency developments.

The industrial sector is a promising sector in Lebanon. People with knowledge, competence, experience, ingenuity and excellence are responsible for it. They exported their products to all countries of the world in many sectors, including the innovation industry. However, this sector needs more support and assistance to be able to benefit from its full potential.

We thank UNIDO for the many projects it has and is still implementing in Lebanon, and we attach great importance to the close cooperation between the Ministry of Industry and UNIDO office in Beirut.

We also thank the donor countries that funded these projects and we demand more assistance, support and funding for new and additional projects. Our industrial sector is set for expansion and development thanks to its human capabilities, which are the high added value in Lebanese production.

The current work plan that we are acting on implementing in the Ministry of Industry aims at developing a high-quality sustainable industry, able to compete in global markets, and at developing the innovation industry and the traditional industries that characterize Lebanon, as well as achieving integration in the production.

Therefore, I appeal to you, with your love and support for Lebanon, to help our industrial sector. I am addressing the executives of UNIDO, as I am addressing the countries and donors that have always stood by Lebanon’s side. In light of this current crisis, your support is essential to help my nation in the path of its exit from its crisis and its transformation into a productive economy.