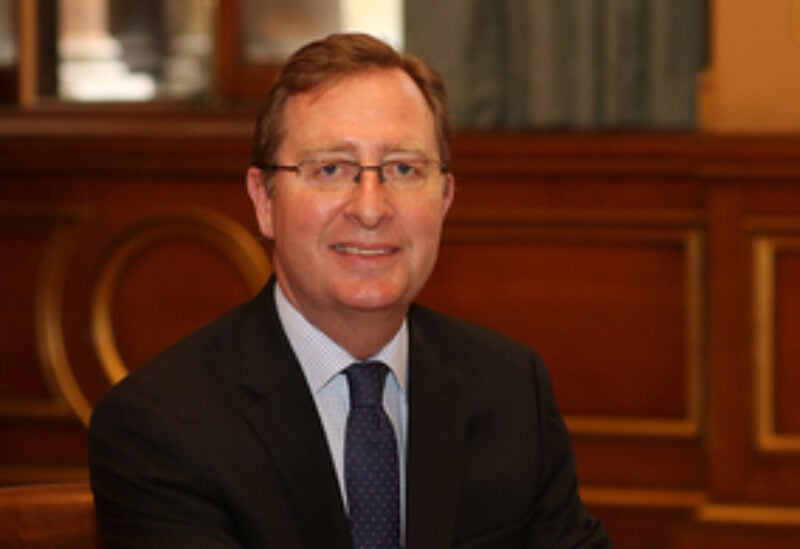 The British Ambassador to Lebanon, Hamish Cowell, visited the city of Tripoli for the first time on Wednesday 7 December. The visit aimed at understating the impact of the socioeconomic crisis on Tripolitans, and how UK funded projects are supporting livelihoods and community cohesion.

Ambassador Cowell visited the Northern Command and Control Centre, which is funded by the UK Government’s Conflict, Security and Stability Fund (CSSF). Here Ambassador Cowell heard about how the centre enables the ISF to better prevent and combat crime, handle threats, and provide safety and security for the community.

At the UK CSSF-funded MARCH Cafe, young Tripolitans’ shared their inspiring stories of how the project has helped transform their futures, by creating a safe space for dialogue and supporting their communities .
With the British Council-led project ‘Tripolives’, Ambassador Cowell learnt about the real Tripoli, including its rich heritage, culture and history and the need to combat stereotypes. At the British Council’s Shift Social Innovation Hub, Ambassador Cowell heard from Civil Society Organisations and about the Hub’s efforts to decrease tensions.
Ambassador Cowell also attended a roundtable discussion with the International Organisation for Migration, the UN Refugee Agency and the Lebanese Red Cross where he heard about the challenges and tragedies associated with irregular migration in the north and support to survivors.
Finally, Ambassador Cowell met vulnerable families living in Hay Al Tanak, one of the city’s most deprived neighbourhoods, and heard about how they have been supported through the Lebanon Humanitarian Fund.

At the end of the visit, Ambassador Cowell said:

“I was delighted to visit this beautiful, historic and vibrant city for the first time.

The dire economic situation in Lebanon has left the people of Tripoli in unprecedentedly difficult living conditions. I saw the devastating impact this is having throughout my engagements.
However, despite the tough conditions, I was encouraged to hear from young people who have benefitted from UK-funded projects about their hopes for the future.
There is enormous human and economic potential in Tripoli, as there is throughout Lebanon. It is crucial to implement the reforms needed to unleash the country’s great talent and potential, and achieve the better future Lebanon’s people deserve.’’