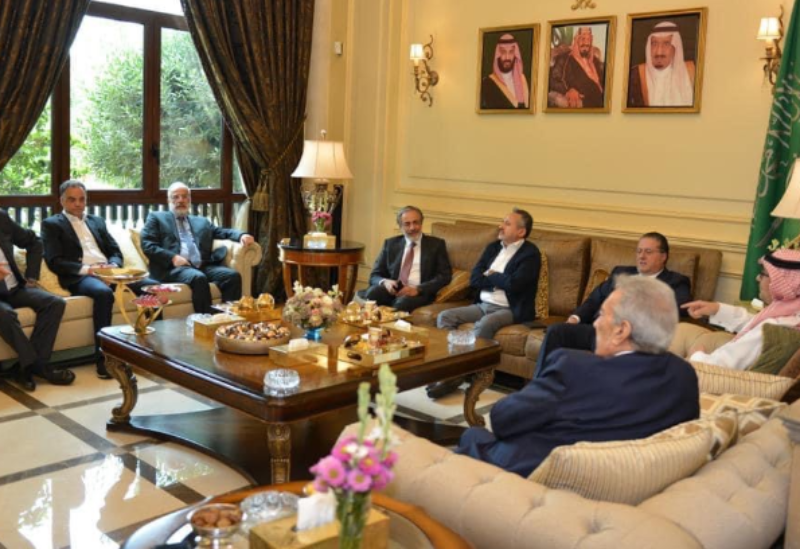 Saudi Ambassador to Lebanon, Walid bin Abdullah Bukhari, on Thursday, received at his residence in Yarzeh, head of the economic bodies in Lebanon, former Minister Mohammad Choucair, with an accompanying economic delegation.

As per a statement by the economic bodies, the meeting was an occasion to discuss the means to activate the economic and trade relations between Lebanon and the Kingdom of Saudi Arabia.

The participants hoped that all the problems that limit trade exchange between the two countries, especially the issue of exporting Lebanese products to the Kingdom, will be resolved as soon as possible.