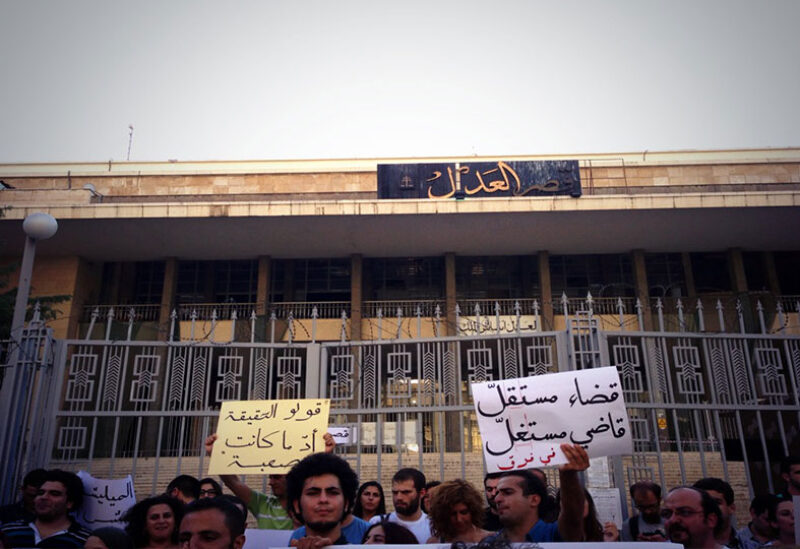 “Beirut Madinati”, “Montashirin”, “Li-Hakki”, “The Popular Observatory to Fight Corruption”, “The National Alliance”, “Mada” and the “Lebanese National Bloc” party, called in a joint statement for a popular protest on Friday 3 pm.

The demonstration will take place outside the Justice Palace in Beirut in the wake of the Court of Cessation’s decision to transfer Beirut Port blast’s probe from Judge Fadi Sawan to a new judge.

“The Court of Cassation’s decision to remove Judge Sawan for unconvincing reasons after summoning three ministers carries dangerous connotations and exposes the authority’s attempt to obstruct the investigation, obliterate the crime, and disregard the rights and wounds of people,” the joint statement read.

“The decision to dismiss Judge Sawan is political par excellence, and it carries within a clear condemnation against this system for causing the worst crime in Beirut’s history,” the statement added.

“Lebanese men and women, and all the political forces of change, are called forth to gather today, Friday at 3:00 pm, in front of the Palace of Justice in Beirut, in solidarity with the families of the victims and in condemnation of the authority’s obstruction of the investigation,” the statement concluded.