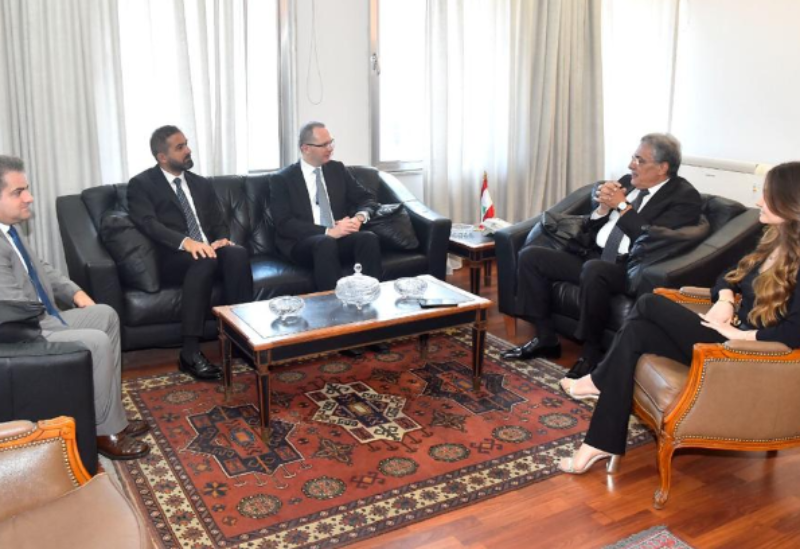 Judge Henry Khoury, the caretaker minister of justice, met with Ali Baris Ulusoy, the Turkish ambassador to Lebanon, on Wednesday in his ministry office. They talked about the two countries’ ongoing judicial cooperation on a bilateral basis.