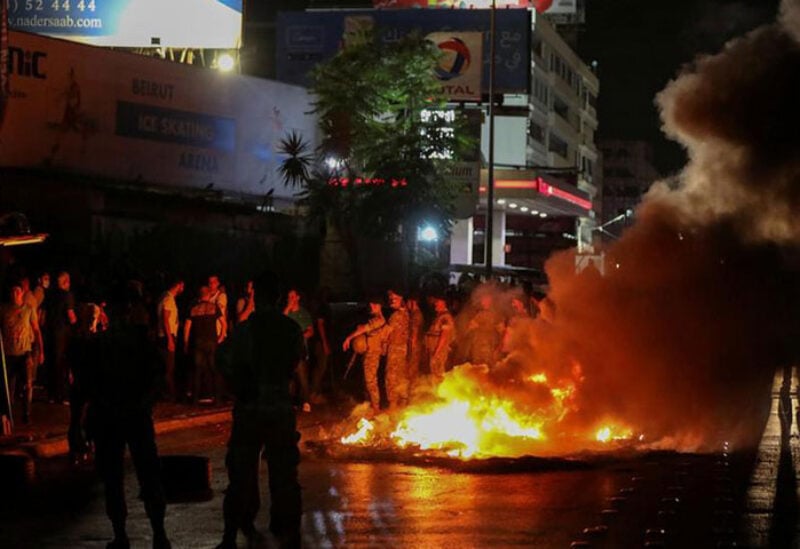 Demonstrations across Lebanon as a result of State Consultative Council decision

Central Bank of Lebanon said late on Wednesday it would ask the State Consultative Council to review its decision to stop letting depositors withdraw funds from dollar accounts at the fixed rate of 3,900 pounds per dollar after the move sparked protests.

Protesters in Beirut blocked roads with burning tires in response to the bank’s circular on Wednesday morning announcing the council decision, the state news agency reported.

People had been lining up in front of ATMS to withdraw at the 3,900-pound-per-dollar rate before the council decision takes effect on Thursday.

Lebanese banks have mostly locked depositors out of their dollar accounts and blocked transfers abroad.

Under a central bank circular last year, depositors were permitted to withdraw dollars, with the funds paid in the local currency at a rate of 3,900 pounds to the dollar.

The central bank statement did not make clear if an alternative system would be introduced to allow access to dollars in accounts.