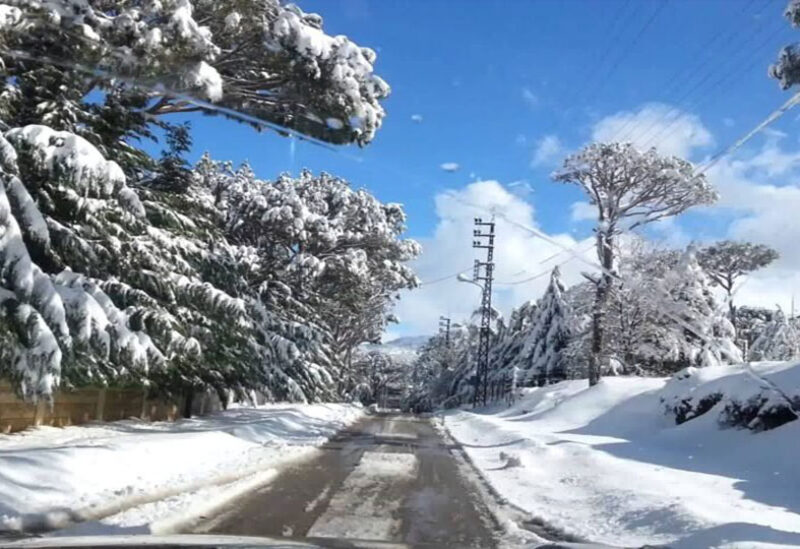 Traffic Management Center on Friday reported that several mountainous roads have been blocked across Lebanon due to the accumulation of snow in the following regions:

The control room reported that Jezzine Kfarhouneh highway is closed due to the formation of a layer of ice. As for the Marj Al Zuhour road, Rashaya is open to all vehicles.

As for the Dahr al-Baidar road, is open for four-wheel drive vehicles only, while Zahleh Tarshish road, is closed to snow accumulation.