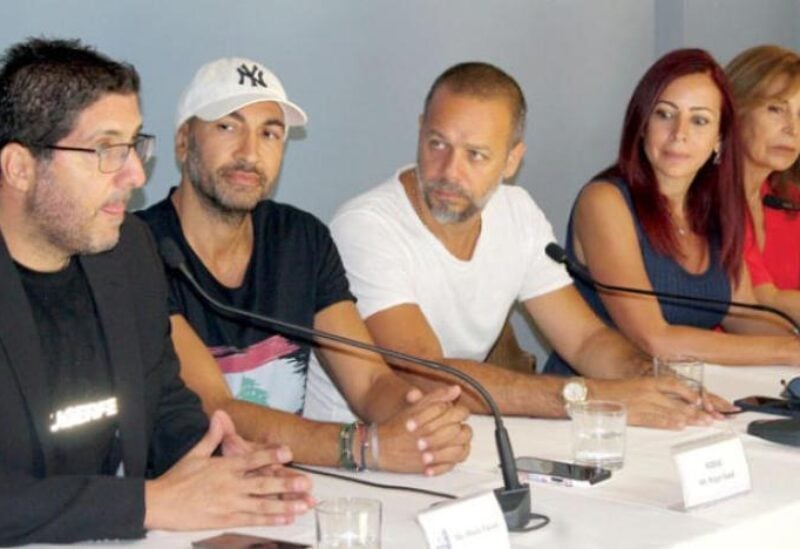 Beirut has hosted festivals, concerts, prominent artists and international bands such as ‘Adriatic’, and Arab stars including Kadim al-Sahir.

On July 27, the Lebanese capital is set to embrace another concert named “Coloratura” (electric melody) that will be performed by pianist Michel Fadel and D.J. Rodge, teaming for the first time in Beirut to present a great musical event that they already held in other Arab countries.

The event will be produced by Mix Productions and ICE Events.

Coloratura will feature 100 musicians and singers on stage, and recordings of over 200 Arabic, English, and French songs, accompanied with visual and audio effects for two and a half hours.

During a press event attended by Fadel and Rodge, ICE Events, represented by Chadi Fayad and Nathalie Rahal, revealed the details of the concert, and announced that all its revenues will be dedicated to seven non-profits active in the social and health fields: Children Cancer Center Lebanon (CCCL), Braveheart, SOS, Basma, Enfants de Lumière, Friends of Multiple Sclerosis at AUBMC Fund, Operation Full Fridge, and Mentor Arabia.

During the event, the representatives of the non-profits addressed a keynote in which they explained their struggle over the past two years, due to the worsening economic situation in Lebanon and declining aid programs, which affected many humanitarian cases.

Speaking to Asharq Al-Awsat, Fadel said the concert will include a 50-member chorus and 50 musicians. “It’s our sixth joint concert. Rodge and I already performed in many countries including Egypt, Saudi Arabia, and Dubai. Today, we decided to head to Lebanon to spread music among our compatriots,” he added.

Fadel sees that music plays a major, universal role in alleviating people’s suffering following the pandemic’s lockdowns. “It’s the weapon with which we can fight all wrongdoings, corruption, and wars we are facing,” he told Asharq Al-Awsat.

Speaking about the successive musical events that Lebanon has recently hosted, he said: “This allows us to take a deep breath away from the burdens and troubles we are living. Today, the Lebanese people is choking, and we are trying to mitigate their pain with music.”

Fadel talks about his upcoming concert with enthusiasm, especially that holding it in Lebanon required a strong will amidst all the economic hardships. “Rodge and I have the strong heart that doesn’t fear adventure. We fight and resist, that’s what we’ve learned since we were children in a country overwhelmed with wars and political storms. This is why we decided to step forward, leave all the tragedies behind, and lead a journey of hope and happiness driven by music.”

The concert is organized on Beirut’s Seaside Arena, a space that accommodates around 4,000 people. Ticket prices range between $30 and $60 per person, and all the revenues will be dedicated to humanitarian associations.

For his part, ICE Production Representative Chadi Fayad pointed out that his company has never hesitated to make moves that serve the Lebanon of art and culture.

“Amidst all the suffering, we insisted on holding this concert because it’s the only ray of hope we can give to our people. We felt it’s urgent to organize such a massive musical event to tell the whole world that we are resistant and will never give up. The Lebanese people have never stopped thinking about the better days. As a company specialized in event planning, we have never been reluctant to celebrate the beauty of Lebanon with such beautiful sceneries,” he told Asharq Al-Awsat.