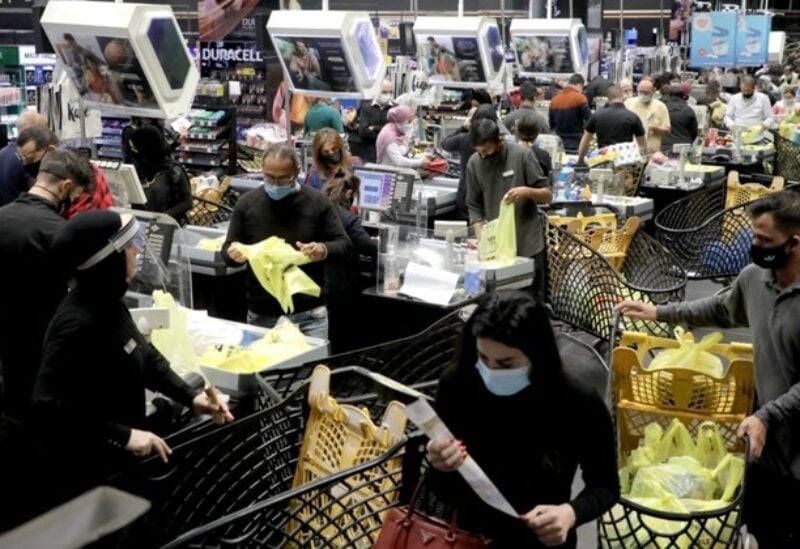 People wear protective masks as they shop in a supermarket in Beirut, Jan. 11, 2021.

The Central Administration of Statistics said Consumer Price Index rose by 151.5% in the first two months of 2021 from the same period of 2020.

One of the main reasons behind the astronomical surge in the prices of basic commodities and other items was the severe devaluation of the Lebanese pound against the U.S. dollar.

The CPI expanded by 155.4% in February 2021 from the same month of 2020, while it registered its 8th consecutive triple-digit increase since July 2020 and its largest year-on-year rise based on monthly data from December 2007, as reported by Lebanon This Week, the economic research publication of the Byblos Bank Group.

“The cumulative surge in inflation is due in part to the inability of authorities to monitor and contain prices, as well as to the deterioration of the Lebanese pound’s exchange rate on the parallel market, which has encouraged opportunistic wholesalers and retailers to raise the prices of consumer goods disproportionately,” the report said.

It added the smuggling of subsidized imported goods has resulted in shortages of these products locally, which contributed to the increase in prices.