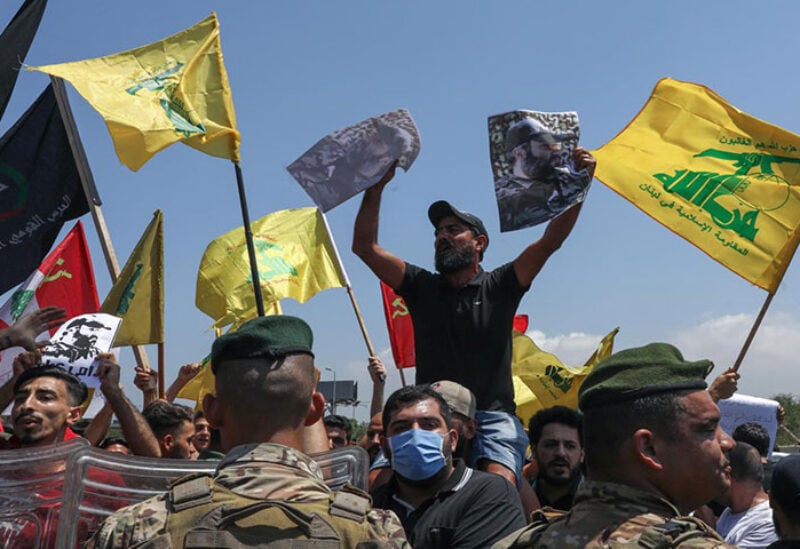 The former number three diplomat at the US State Department David Hale said on Wednesday Lebanon will never regain true sovereignty and strength until Iran-backed Hezbollah is banned from acquiring weapons.

“Lebanon will never regain strength or achieve true sovereignty, so long as one section can accumulate dangerous weapons and undertake smuggling and other illicit and corrupt activities,”  Hale said during a webinar with the Washington-based Middle East Institute.

Hale was most recently the undersecretary for political affairs at the State Department and has extensive experience in Lebanon, including as the former US ambassador to Beirut.

“No state can live up to that name of a state, so long as one faction, answering only to a foreign capital can make life and death decisions that affect all of the citizens of that state,” Hale said.

Asked what could be done, the US diplomat – speaking in his capacity as a private citizen – called on Hezbollah’s political allies to use their leverage to change the group’s destabilizing behavior. “Or they should just walk away from that alliance,” he said, adding that Washington had provided billions of dollars in aid to the Lebanese state institutions over the years.

Hale also highlighted the importance of continued aid for the Lebanese army but ripped into the political elite for failing to form a government capable of implementing necessary reforms.

“I have to say I’ve never seen that level of despair in the country since the end of the Civil War anyway in 1990,” he said.

Meanwhile, Senator Tim Kaine also voiced his support for continued US assistance to the Lebanese army.

Kaine, too, criticized Hezbollah as a terrorist organization. But he warned against empowering the group if the US was not careful about how it approached Lebanon.

As for how the US could help the Lebanese people, Kaine suggested investing in the Lebanese army and potentially working with NGOs to deliver humanitarian assistance.

“We need to continue those investments [in the army]. Number two, if we can’t really trust the government, we can nevertheless work through NGOs and international organizations that are doing good work to alleviate suffering in Lebanon,” Kaine said.