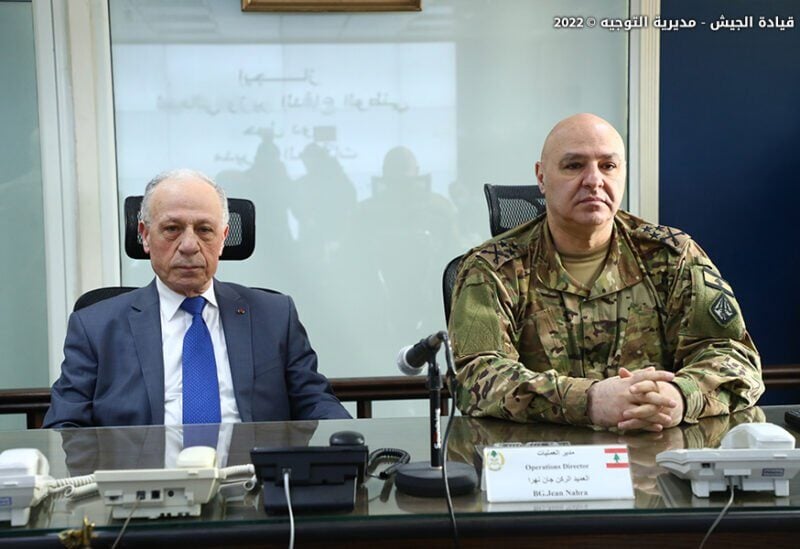 Caretaker Minister of National Defense, Maurice Sleem, on Friday welcomed Lebanese Army Commander, General Joseph Aoun, who briefed him on the conditions of the military institution and on the country’s general situation, especially in areas that witness security incidents from time to time.

Talks between the pair also touched on the Lebanese Army’s endeavors controlling the country’s borders, as well as combating smuggling and illegal entry into Lebanese territories.

In this context, Minister Sleem drew attention to “the importance of exerting maximum efforts to control the maritime borders and combat gangs that carry out illegal immigration operations, which often end in humanitarian disasters.”

During the meeting, both men also discussed the military institution’s financial conditions and what could be done to improve its situation.

The pair then saw eye-to-eye on the “importance of the army’s role at this delicate stage to maintain security, stability, and combat criminal gangs, especially human and drug trafficking gangs, in order to fortify social security and national safety.”