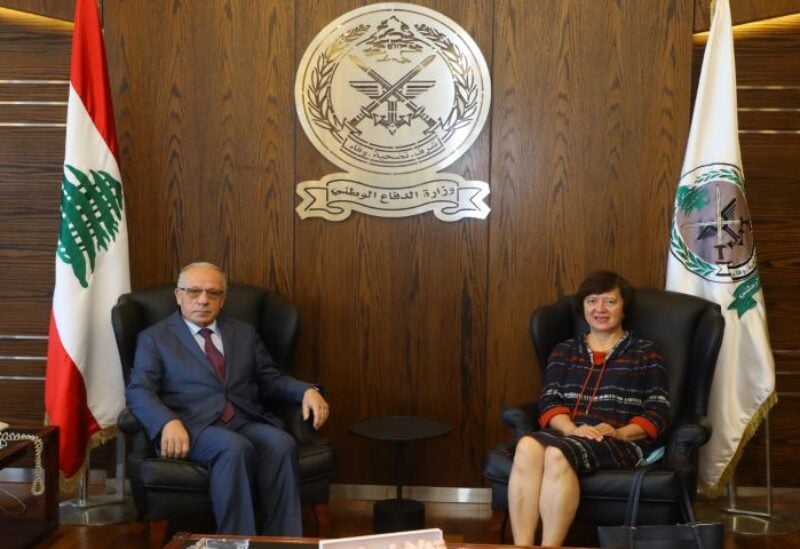 Minister of Defense, Maurice Slim, on Thursday welcomed at his Yarze office the United Nations Special Coordinator for Lebanon, Joanna Wronecka, who came on a protocol visit during which she congratulated the Minister on his new ministerial post.

The pair held a tour d’horizon bearing on the role of the United Nations in assisting Lebanon in the various sectors, especially support for the military institution.

Both sides affirmed the importance of bolstering cooperation between the international organization and the Ministry of National Defense.

On the other hand, Minister Slim met with UNIFIL Commander, Major General Stefano Del Col, with discussions reportedly touching on the role of UNIFIL and the existing coordination with the Lebanese army in UNIFIL’s area of operations.