Demand on some food varieties and brands will vanish, amid deteriorating purchasing power, says experts 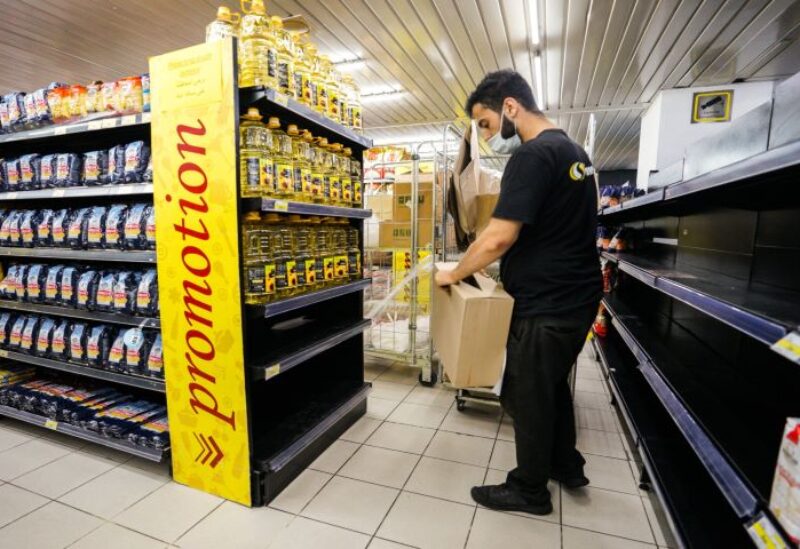 From power outages, to pharmaceutical shortages, and humiliation queues in front of gas stations, Lebanese are struggling to survive. Recently, a new crisis is looming related to the increase in the dollar exchange rate against Lebanese pound which have reached an unprecedented record. This fluctuation in rates has banned merchants and suppliers from issuing the weekly report of food prices, and therefore, halted delivery of food products to supermarkets.

Amid this reality, some supermarkets have taken preventive measures limiting the quantities allowed to be purchased by consumers, amid fears of losing their working capital with the depreciation of the Lebanese currency. However, the President of the Syndicate of Supermarket Owners Nabil Fahed, told Sawt Beirut International (SBI) that what is happening is a transient crisis and will be resolved as soon as the suppliers set the price list of the food products at the new exchange rate, given that the Ministry of Economy and Trade has mandated merchants to set up a weekly report involving the prices of the food basket. However, Fahd indicated that the stock in supermarkets is sufficient for one or two weeks on average, that’s why this crisis should be resolved immediately.

At a previous time, consumers were rallying to supermarkets in order to purchase their needs and stockpile non-perishable foods for an emergency. However, lately the demand became more constant, according to Fahed. He attributed this slowing demand to the severe drop in purchasing power. He added: “Consumers lately, are buying their necessary needs and basic food products only, except for a minor category who are still buying luxury items and storing other stuff.” Fahed said that the phenomenon of replacing locally manufactured goods with imported ones is emerging, as local products more commensurate with the consumer’s purchasing power. This phenomenon is reflected in the import bill.

According to the latest figures issued by the Lebanese customs, imports of food products in the first two months of this year reached $138 million, registering a 10 percent increase compared to the same period last year, noting that global freight activity in 2020 was restricted due to coronavirus pandemic. However, imports have plummeted by 34 percent compared to the same period in 2019 ($207 million), and by 40 percent compared to 2018 ($226 dollars). The Head of the Syndicate of Food Importers, Hani Bohsali, confirmed to SBI that the situation has been worsening lately due to the decline in purchasing power, along with the measures taken by banks that restricts citizens’ withdrawals, and halts banking facilities provided to importers. “We can no longer bid citizens positive vibes and ensure the continuity of securing all product varieties, amid these stifling conditions,” Bohsali said.

A new crisis is looming due to the recent hike in fuel prices, which are now priced at the exchange rate of 3,900 LBP instead of 1,500 LBP. This hike in prices will increase the operational costs of suppliers, distributors of food products, and supermarket owners. In this context, Fahed said: “The shortage in fuel has already impacted supermarkets driving them to rationing energy consumption, reduce the number of working hours through closing supermarkets early,” he added that the recent hike in prices will surge the operational costs and lead to an increase in commodity prices.” Bohsali added that this reality will lead to an increase in the delivery and distribution cost, and thus increase the prices that are already high.

Supermarkets didn’t receive any subsidized food since one or two weeks ago, according to Fahed. The quantities of subsidized products available in some supermarkets is limited. However, Bohsali confirmed that subsidies have been completely lifted on food products, excluding wheat. He added that the increase in the prices of raw materials such as sugar and yeast used in  producing bread will inevitably lead to an increase in the price of the bread pack.

Fahed said: “What is happening currently is classified as criminal negligence,” adding that the solutions and plans for the country’s revival are available, they only require a government that would negotiate with the International Monetary Fund.”