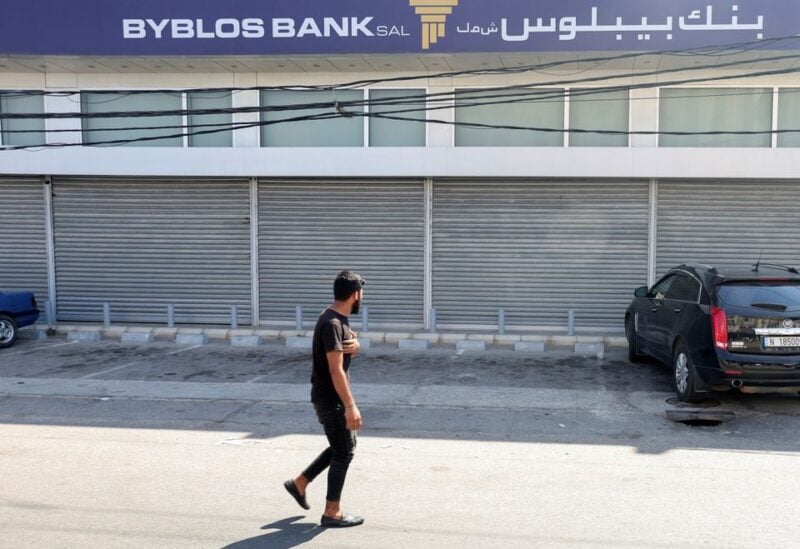 Several employees of Kadischa Electricity stormed the FNB Bank in Tripoli in protest against the bank’s decision to deduct three percent of the employees’ salaries and dues, Lebanese News Agency (NNA) reported.

The employees said the bank has not handed over their salaries and wants to deduct three percent of their other dues, equivalent to 500,000 Lebanese pounds.

NNA said the employees vowed they will remain inside the bank until its administration retracts its “unjust decision.”

Banks were forced to shutter their branches last week after a spate of holdups by angry depositors demanding the release of their money. Banking officials have decided to only receive customers who have prior appointments, and they may be inspected on arrival.

Al-Sahli, a retiree from Lebanon’s security force, had tried to sell his kidney to secure money to pay his son’s university fees in Ukraine after he was expelled due to failure of payment, according to the Lebanese Depositors Association.

Before storming the bank, he had repeatedly demanded his deposits, but to no avail.