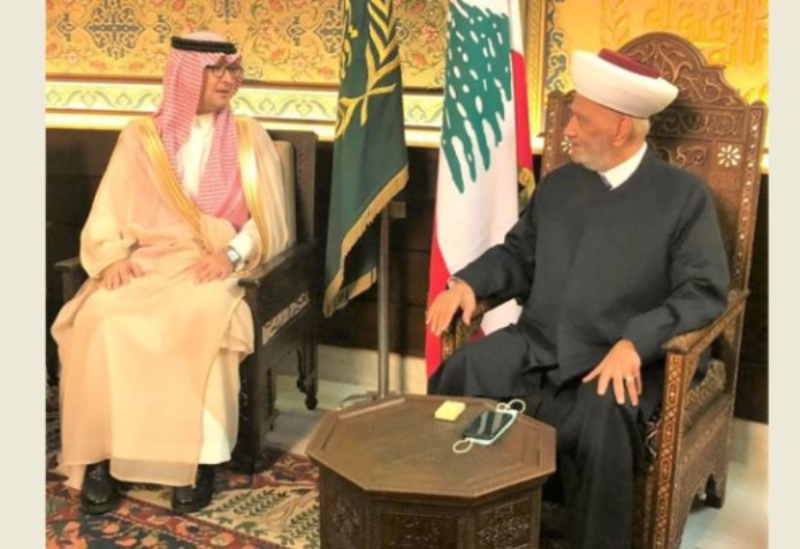 The Saudi Ambassador to Lebanon, Waleed Bukhari, and Grand Mufti Sheikh Abdellatif Derian met on Monday at Dar-al-Fatwa to discuss recent events in the area and the overall state of the region.

Mufti Derian praised Saudi Arabia’s initiatives in the meeting to “anchor and consolidate the culture of centrism and moderation, support the causes of the Arab and Islamic nations, and advocate for rights and justice in the world.”

Derian also relayed to his guest the content of the recent statement issued by the Higher Islamic Sharia Council, reiterating that “any threat against the Saudi Embassy or any other Arab embassy is a threat to the national security and peace in Lebanon.”

For his part, Ambassador Bukhari hailed the Grand Mufti as “a key symbol of national unity in Lebanon.”

He said that “the Kingdom of Saudi Arabia is greatly keen on all the Islamic and Christian religious authorities,” and that it “rejects the attempts to use Islam as a cover for political purposes seeking to ignite hatred, extremism, and terrorism.”