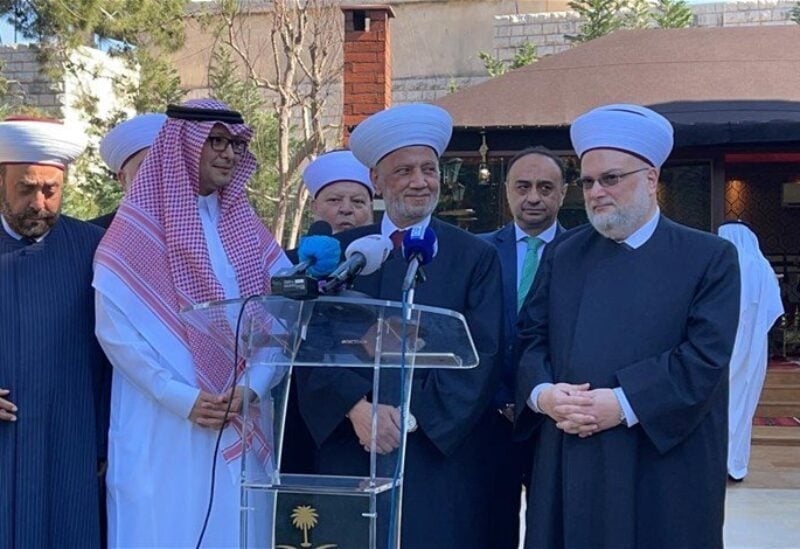 Saudi Ambassador to Lebanon Walid Bukhari on Wednesday welcomed at his Yarze residence Lebanon’s Grand Mufti Sheikh Abdel-Latif Derian who headed a delegation from Dar al-Fatwa on a visit of solidarity with the Kingdom of Saudi Arabia.

“We visited the Saudi Ambassador to express our solidarity with the Kingdom and other Gulf countries that have never abandoned Lebanon,” Mufti Derian said following talks with Bukhari at Yarze.

“The recent insulting statements do not only offend a brotherly state but also us, as Lebanese,” he said, adding “we are awaiting decisive measures in the next few hours in order to adjust the offending statements against the Kingdom of Saudi Arabia.”

“We are entrusted with loyalty to the Kingdom,” Derian said, pointing out that “the foreign minister’s statement is a sin and we hope for a serious and decisive measure against him.”

He also noted that the offense is rejected and condemned by all standards. “We will only have brotherly and respectful relations with Saudi Arabia and (other) Arab countries.”