Developments in the Russian stance regarding the government 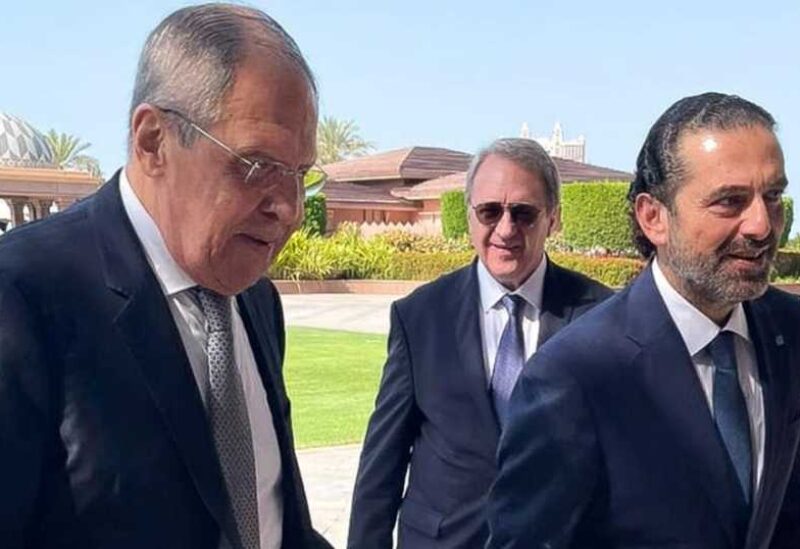 Its stance has become clear, and it has conveyed it to all the local and international parties concerned with the Lebanese government file, and it crystallized further through the Russian Foreign Ministry statement issued after the meeting in Abu Dhabi between Hariri and Foreign Minister Sergey Lavrov, through Russia’s support for a technocratic government without a blocking third headed by Hariri that wins the majority of voices  in the Parliament order to be able to carry out the required reforms and obtain international aid. From this standpoint, Russia plays its role and continues its contacts.

Diplomatic sources familiar with Moscow’s position revealed to Al-Markaziyah that “the Russian is communicating with various local parties to discuss the government file and seek to resolve the contract, and within this framework the upcoming visit of a delegation from” Hezbollah “to Russia that includes the head of the” loyalty to the resistance “bloc, the deputy. Muhammad Raad and the party’s international relations official, Ammar al-Mousawi.

And it considered that “the Hariri-Lavrov meeting is pivotal, and the Russian position that followed made it clear that there was no obstructing third in the next government, based on a Russian poll of the views of the main players other than agreeing to the third if the leader of the Free Patriotic Movement, MP Gebran Bassil, or any other party, because This would impede the government’s work, similar to what happened in previous governments. Moscow considers that its support for Prime Minister Hariri comes from its conviction that he is the person who, with his internal weight and his foreign relations, is able to form a government that can obtain the aid of the international community, believing that without it, he will not be able Lebanon is moving forward, all the world powers have assured Russia that they are not ready to help Lebanon unless a government devoid of partisans runs its affairs.

The sources pointed out that “the recent Russian Foreign Ministry statement contained four basic points that highlight a clear development with regard to the Russian position: The first is to say that Lavrov met with the Prime Minister of Lebanon and not the appointed Prime Minister. Second, it was recalled that Hariri was assigned after binding parliamentary consultations to indicate the constitutionality of the assignment,” Third, the statement stressed on the need to accelerate the formation of an important government capable of technocrats, meaning that the Russian is convinced that the government should be non-partisan, and this is the first time that the term “technocrats” and not specialists is used. As for the number of ministers. The sources said that Hariri conveyed his position in favor of a government of 18 ministers. The fourth new position was also represented by Russia’s view that gaining the government’s support of the parliamentary majority is sufficient because the country’s situation can no longer be delayed.

And the Russian political weight is greater than the French, always according to the sources, and therefore it is expected that its role, complementary to the French initiative, will be positive on the line of government formation.

The sources denied the validity of the information circulated about Hariri’s failure to respond to the proposal of the Director General of Public Security, Major General Abbas Ibrahim, because of the regional contracts, namely Saudi Arabia, explaining that what is being proposed is most likely mere wishes, as no one raised the proposal seriously with the Russians, not even with Hariri. In addition, the latter emphasized in a statement that he is not waiting for the approval of Saudi Arabia or others to form, and the Saudi wants a government without partisans, which means that his position is identical with the Russian, so upon the approval of the President of the Republic, the government is formed. He is trying to remove this responsibility from him in this way. ”

As for Russia’s endeavor for the return of displaced Syrians from Lebanon, the sources explained that it “is preparing for a conference next May for this purpose, and is seeking to be sponsored by the United Nations and in which all countries participate, and its venue has not yet been determined but all concerned countries agree upon .