Diab chairs meeting on progress of work in Beirut Port 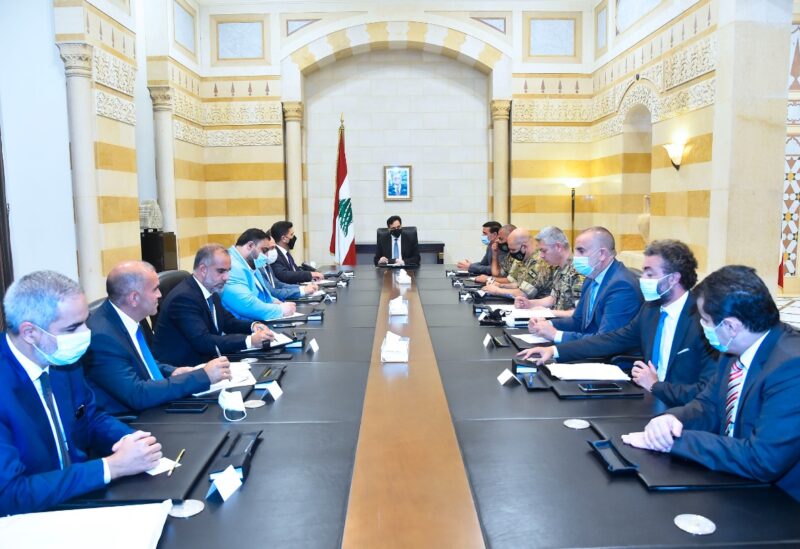 After the meeting, Minister Najjar made the following statement:

“The meeting deliberated on the topics featured in the letter I sent to  H.E. Premier Hassan Diab. These are substantial issues to be considered by several ministries other than the Ministry of Public Works and Transport, including the issue of the reserve seizure of all port’s revenues, which was ordered by President Itani. In our view, this is unlawful, for it seizes the property of the Lebanese state and thus threatens to stop the port’s operations completely, which will be reflected on the revenues and thus on its workers. During the meeting, we touched base with the Minister of Justice, Marie Claude Najm, and it was agreed that she would follow up on the issue with the Litigation Authority at the Ministry. We have also asked Minister Najm to help prepare a draft law on the port’s customs revenues. We touched on a very important issue related to revenues. Payment by traders and importers is made in US dollars, but when the port’s customs revenues come into play, and since Article 35 of the 2020 balance sheet  stipulates that all revenues related to customs duties shall be collected in Lebanese pounds, either through a bank check or at the dollar exchange rate of 1500 LBP, this deprives the Lebanese state and public utilities of great revenues at a time when we desperately need fresh dollars.

In this regard, the need for fresh dollars prompted us to address the issue of containers managed by BCTC. In this context, BCTC head, Mr. Ziad Kanaan, explained to us the emergency situation at this station. There are only 6 operating cranes out of 16 cranes, due to the non-payment in fresh dollar for the company, especially that is needs fresh dollars to buy spare parts.  This issue can be resolved provided that the new legislation is implemented, whereby the port will receive the proceeds in fresh dollars.

We also discussed the issue of electricity at the port, not only for mechanical works, cranes, and so on, but also for refrigerators that contain all foods entering Lebanon, as more than 80 percent of imports and medicines enter through the port, and if electricity is not available almost all the time, backup generators cannot cover the power shortage. Thus, we discussed with Minister Ghajar in order to address the issue of electricity in the first place, and to secure diesel for backup generators.

We also deliberated with the Minister of Economy, who is the minister responsible for wheat silos, about the need for coordination among the Ministries of Economy and Works, the Lebanese Army, and the Council for Development and Reconstruction in order to address the issue of ransoms, emphasize environmental safety, and deal with the issue of existing wheat so as to ensure the safety of the silos as soon as possible.

We have also broached some other issues, including existing rubble, insurance companies, and all basic issues that directly affect the port’s proper functioning.”