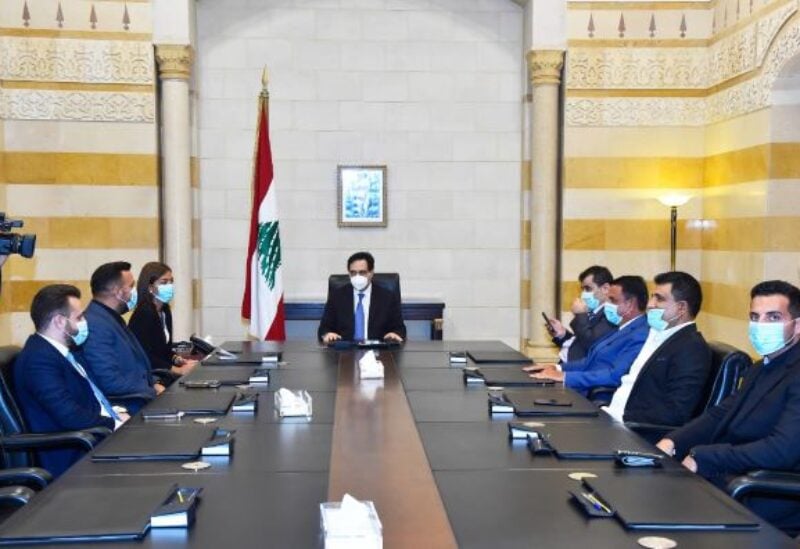 During the meeting, Reem Taqi El-Din delivered the speech of the Association’s president, Ali Mourad, stating: “Excellency Caretaker Prime Minister, Professor Hassan Diab, Your reformist government tried by all legal means to save Lebanon. However, your efforts were hindered by internal and external pressures. Praise be to God in any case and we will remain hopeful that reform will triumph sooner or later, God willing. We also hope that God will reconcile the hearts of politicians and the Lebanese, and that they will cooperate to serve themselves, their people and their country before it is too late”.

“We hope that a new reformist government will be formed in order to fight corruption and carry out immediate political and economic reforms. The Lebanese Zimbabwean Friendship Association strives to strengthen trade and economic relations between Lebanon and Zimbabwe, and exchange information in various investment, economic and cultural fields. It also seeks to organize joint conferences, seminars, and industrial and commercial exhibitions, in addition to enhancing the role of investments in Zimbabwe, which will greatly help in creating job opportunities for the Lebanese community. The LZFA seeks your support for its efforts aiming at establishing diplomatic or consular relations between both countries to enhance the role of the diaspora and support the Association’s activities in various fields so as to help both friendly peoples. Mr. Prime Minister, we hope and we are confident that you will hold ministerial and cabinet meetings, for all constitutional texts go down in front of your people’s suffering. There are no sacred texts in front of the country’s wounds. We have firm hope in your Excellency, whom we respect and trust.

Thank you, Mr. Prime Minister, for giving us the opportunity to visit you. May God protect you and may your days and those of the Lebanese people safe and sound. May God protect our people of all affiliations, because no matter how we differ, we must agree and come together to serve our country”.