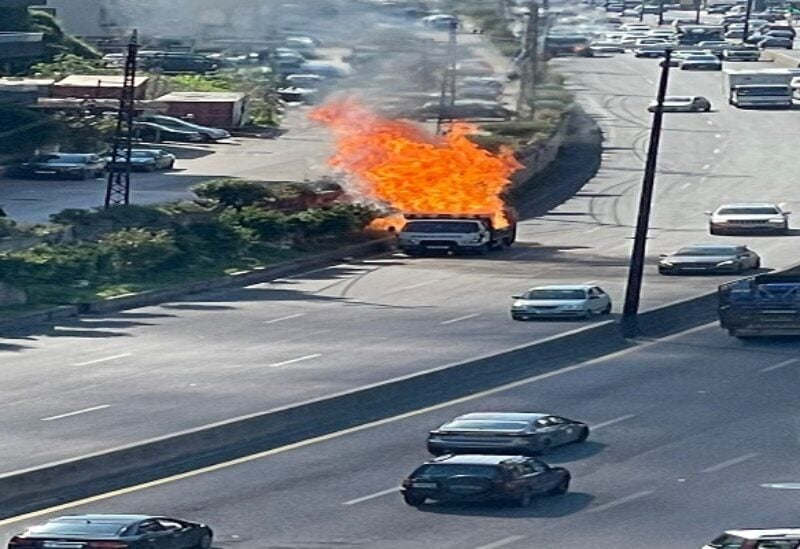 A video and photos have gone viral on social media for the explosion of a diesel tanker on Zouk Mikael, Sarba highway, which caused heavy traffic jam in the area. “A while ago, we heard a sound of an explosion in Zouk, and it was found that this sound was due to a truck that burned on Zouk highway, according to preliminary information. Civil Defense teams have extinguished the fire, which reached a neighboring residential building, and electricity has been cut off in the area due to damaged electrical wires.

A truck loaded with gas cylinders exploded on the Beirut-Jounieh highway in Lebanon after it caught fire, a video shared on social media showed.

The explosion was heard in the areas surrounding Zouk Mosbeh but the incident happened in Kaslik area.

The driver fled the scene when the truck caught fire and attempts to communicate with him were unsuccessful, and the driver’s phone is switched off.

Two nearby cars were damaged, but no injuries were reported. The civil defense brought the fire under control, but it reportedly had reached a nearby apartment and damaged electrical cables which caused a power outage.

Traffic on both lanes of the highway came to a complete standstill, with traffic from Beirut toward Jounieh more affected.