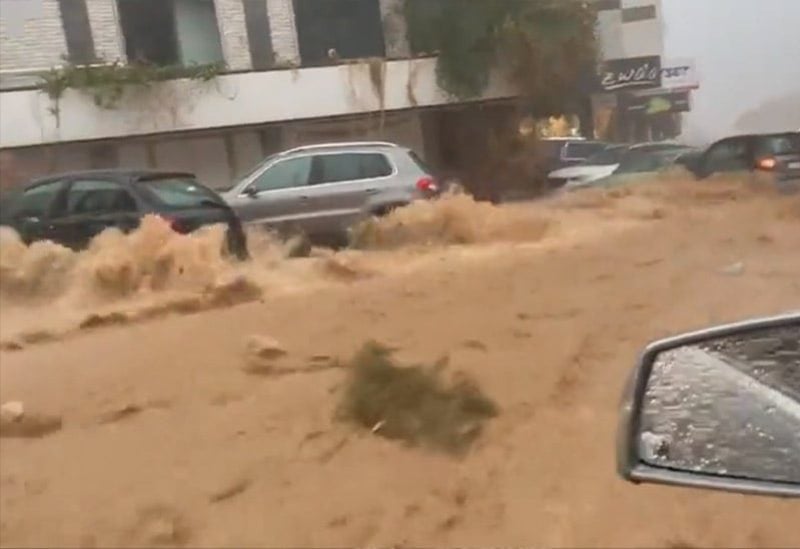 Juan Hobeish, mayor of Jounieh, warned that “yesterday’s scene will be repeated throughout the winter whenever the rains are so heavy,” explaining that “the main reason for the floods is the narrowness of the sewers that do not absorb large amounts of water, and the record abundance of rain that fell yesterday.”

He called on the two ministries concerned remove the encroachments and carry out the necessary reforms to the infrastructure to avoid the same scenario, and said: “If they had spent half of the money allocated to addressing these crises, we would have been well.”

In turn, the Minister of Public Works and Transport in the caretaker government, Ali Hamieh, indicated that “all of Lebanon’s roads were not flooded, with the exception of the Jounieh highway, which means that the problem is local, and the remaining roads, such as Naameh, Ouzaii, Antelias, and others, are ready to receive the winter season and the abundance of rain.”