On Tuesday, the US dollar exchange rate against the Lebanese pound on the black market reached 23,500 LBP for sale and 23,550 LBP for purchase.

This new black market dollar rate is considered the greatest in the history of Lebanon’s economic crisis, as economic conditions deteriorated to extremely deplorable levels, despite the government’s inability to find practical solutions to keep the value of the Lebanese pound from collapsing.

Lebanon is experiencing a violent economic collapse that threatens its stability. The World Bank described the crisis as the deepest in modern history. The Lebanese pound has lost 90 percent of its value and the crisis has pushed more than 75 percent of the population into poverty, due citizens are struggling on daily basis due to outages in basic commodities. 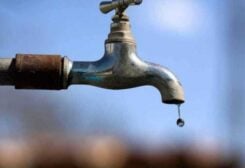