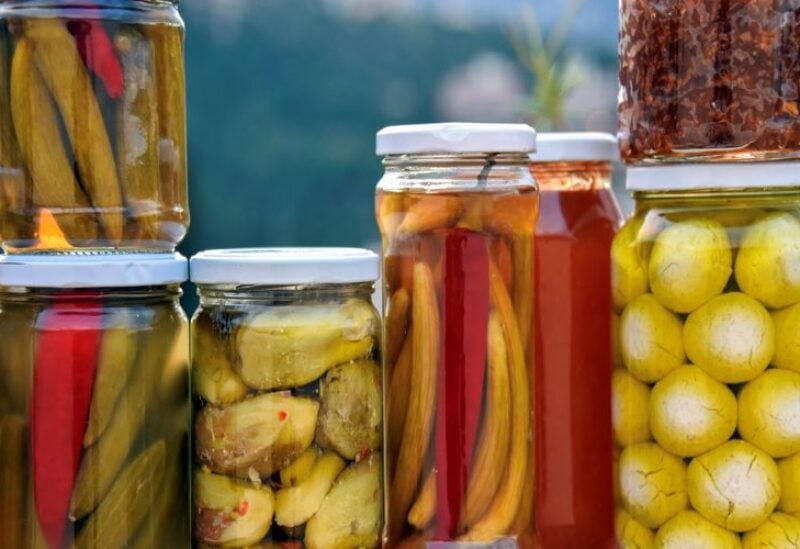 Land Taste Products or so called 'mouneh' thriving against all odds

Despite the stifling economic collapse the business sectors are going through, the food industrial sector and mainly ‘mouneh products’ were able to thrive against all odds. Demand on these products have witnessed remarkable growth although citizens are suffering from hyperinflation accompanied with an unprecedented decline in purchasing power.

In this context, Paul Kattar, Director of Sesobel’s workshop for Tasty Land Products or ‘mouneh’, confirmed to Sawt Beirut International (SBI) that there is high demand for Lebanese “mouneh” products, such as homemade jams, rose water, thyme, pickles, labneh, keshk and others. He pointed out that the drop in imports of these products as a result of the currency’s collapse and the lack of purchasing power, has made local food products more competitive, as a large segment of the Lebanese switched from buying some imported food products to local ones, especially that the latter are of of high quality.

Although the majority of the raw materials used for mouneh produce are secured from the local market, but produces were obliged to raise their prices. Sesobel has raised the prices of its products between 50 to 70 percent, according to Kattar. Mymoune Mouneh Products, which produces a variety of food products, has quadrupled its prices. It also adopted a new payment mechanism in dealing with customers, as it stopped providing payment facilities that were prevalent previously.

Producers buy raw materials from farmers, who have raised the prices of their crops as a result of inflation and in order to be able to maintain their purchasing power. Randa Geagea, Owner and General Manager of Mymoune pointed out that raw material prices have increased fourfolds, saying: “We are setting very small profit margin in order to be able to keep pace with the weak purchasing power of customers.”

The production cost, which is considered the biggest obstacle for industrialists, is being calculated recently in dollars. Geagea indicated that our costs are incurred in dollars, even the labor cost. Producers also pay for glass jars in dollars, and the labels printed on the packages is also charged in dollars, Kattar said. The cost of energy and fuel has also become a huge burden for industrialists, as they are obliged to generate their own energy, due to the stifling power cuts.

Mymoune sells part of its products to retail outlets in the local market, and exports the rest to Europe and America. Geagea said: “We are thinking currently of the continuity of work only, and how to retain our employees, that’s why we have abandoned all our expansion plans.” She added that the Lebanese industry lacks people who believe in it, and trade has always been considered more profitable and developed at the expense of industry.”

After decades of the predominance of the trade over production at the expense of industry, the opportunity looms for the Lebanese industry to prove its capabilities, but the question remains: Will it be able to do amid the current challenges and crises?