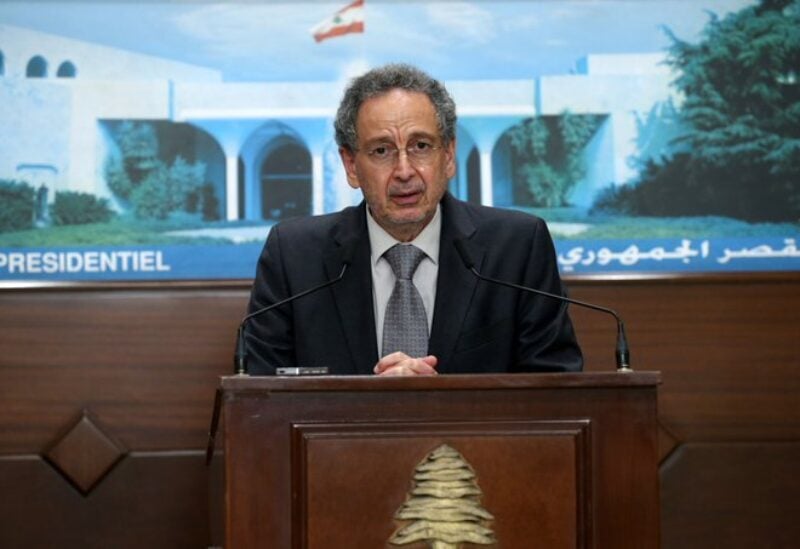 Caretaker Minister of Economy and Trade Raoul Nehme reiterated before the meeting of the Supreme Defense Council in Baabda Palace his request to the Caretaker Prime Minister, Hassan Diab, to hold an emergency Cabinet session, since the government is responsible for managing the country’s affairs

He said that the constitution allows the caretaker government to hold an extraordinary session in cases of emergency.

Nehme wondered “Aren’t we in a state of extreme emergency?”, especially that forming a new government may take a long time.

He said that only forming a government would resolve our problems, because it can draw up a rescue plan with the International Monetary Fund, and carry out the necessary reforms to obtain the assistance of the international community!

Nehme said: “We neither have gasoline, nor diesel, nor any means of transportation, nor the possibility to import, nor medicine, nor power, and nor bread, and very soon we will have no water, no food, no internet, so isn’t this an extreme emergency?”

Nehme emphasized that “bread ovens, like pharmacies, are closing one after another, and hospitals and factories will shut down. Isn’t this an extreme emergency?” He added that employees will no longer be able to reach their workplace.

Shops, restaurants, and companies, will close within few days at the most,” declaring that “in a few days, the power outage will damage frozen meat, fish and chicken in major warehouses. Refrigerators and refrigerators in stores and homes will also stop working. Isn’t this an extreme emergency?”

He also stressed that “instead of blaming each of other, we must take urgent and necessary decisions against the Central Bank, or to address the tragic situation that resulted from its decision. Nehme confirmed that he will not back down his decision regarding lifting subsidies on fuel, reducing support on medicine, and keeping wheat subsidies.”

He reiterated that “it is necessary to hold an open and uninterrupted session of the Council of Ministers 24 hours a day, seven days a week. This session may take as long as it requires, but we must join efforts to avoid reaching famine.”