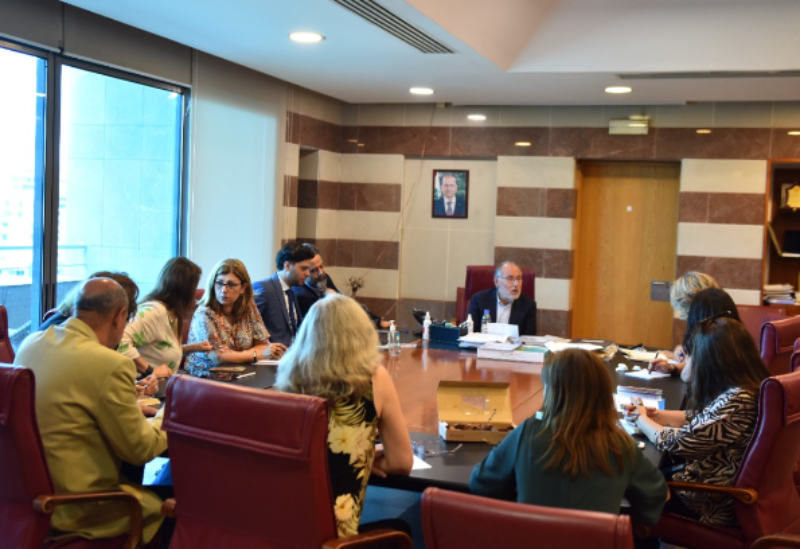 Caretaker Minister of Education, Dr. Abbas Al-Halabi, on Monday met with a number of officials representing United Nations and other international organizations in Lebanon, with whom he discussed preparations underway for the new academic year.

Minister Al-Halabi affirmed a strong and decisive will to return to physical classroom education in Lebanon and his determination to launch a global appeal through a campaign explaining the Lebanese situation and the importance of supporting the Ministry of Education in its plan to secure quality education for all children in Lebanon.

The education minister also cautioned from the consequences of failing to open schools for financial reasons, fearing that this would eventually lead to a social explosion and massive immigration.