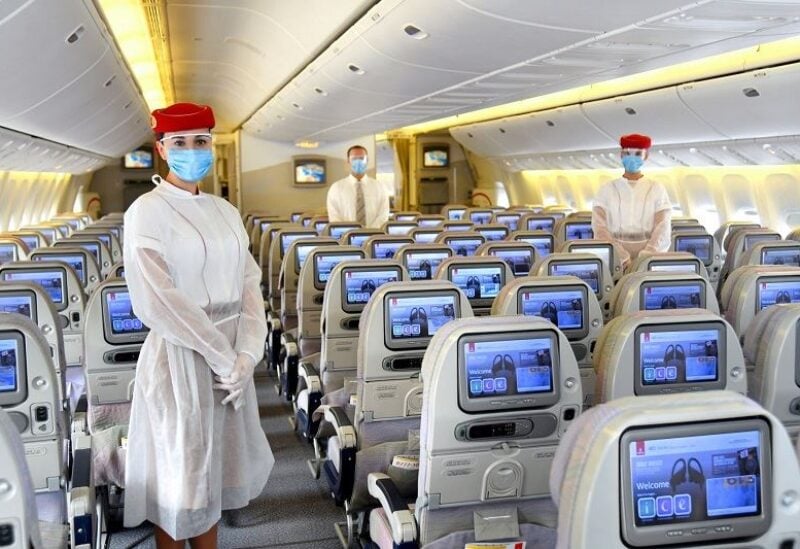 Emirates Airlines will provide extra baggage allowance on flights to and from Lebanon, until September 30, in an attempt to help the Lebanese, in light of Lebanon’s critical shortage of essential goods and medicines.

Both economy and business class travelers flying to Beirut from the UAE, Bahrain and Saudi Arabia will be able to check in an additional 10 kilograms of baggage allowance on their flights.

Economy class passengers flying to Beirut from Australia will also be able to bring an additional 10kg of baggage when they fly.

Each passenger can carry one additional piece of checked luggage, weighing no more than 23kg.

The baggage allowance extensions apply to both inbound and outbound travel from Beirut, but from Canada, the US and Brazil, the increased capacity will only be bookable for those flying in economy class. Cabin baggage allowances remain the same on all flights.

To be able to bring extra baggage on flights, travelers should pre-book the service on Emirates’s website or contact their travel agents.

The additional luggage allowance is designed to make it easier for people travelling to Lebanon and hoping to bring essential goods with them to help ease the current shortage of medicines and other goods.

Lebanon is facing one of the worst economic crises the world has seen in more than a century, according to the World Bank. Since late 2019, a severe economic crisis, caused in part by a shortage of foreign currency, has led to essential products such as fuel and medicine being subsidized and imported to Lebanon using severely depleted dollar reserves.

Authorities announced on Saturday that they will reduce fuel subsidies. The decision prompted a 66 per cent rise in prices overnight but is expected to ease shortages. Long queues formed in front of petrol stations, and there have been a number of incidents where deadly gunfights have erupted since the announcement.

Emirates has a long-standing commitment to Lebanon, having celebrated three decades of flying to Beirut earlier this year.