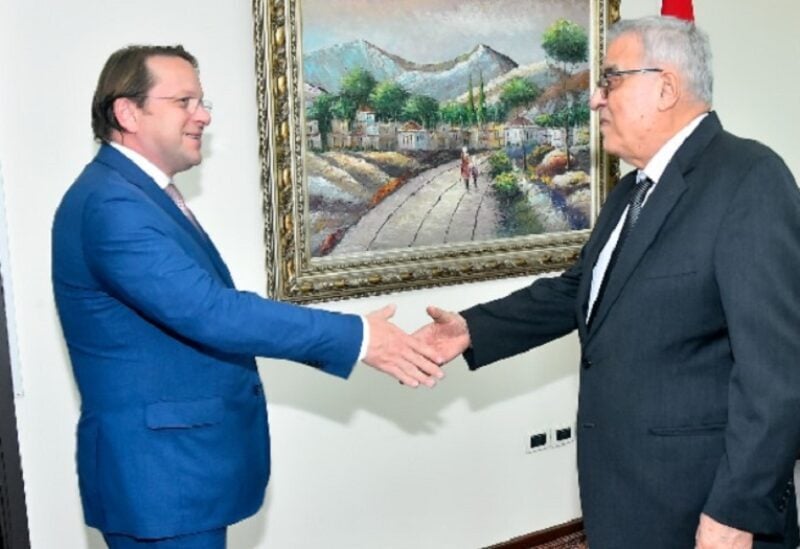 The Minister of Foreign Affairs and Emigrants in the caretaker government, “Abdullah Bou Habib,” met the European Commissioner Policy Oliver Varhelyi, who is visiting Lebanon as part of a tour of the region.

The two sides discussed areas of cooperation between Lebanon and the European Union, and the European Commissioner promised “the possibility of providing 75 million euro as sassistance to Lebanon, upon the election of a new President of the Republic and the conclusion of an economic policy reform program with the International Monetary Fund.”

He also inquired about the reasons for the lack of progress in the investigations into the Beirut port explosion in order to achieve justice.

For his part, Minister Bou Habib requested the European Union’s assistance in securing a donation of fuel to operate the power plants.