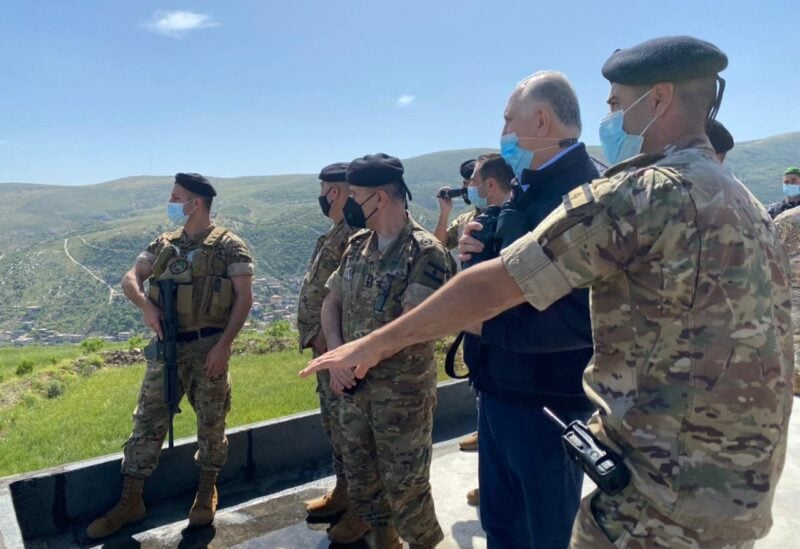 Caretaker Minister of Interior and Municipalities, Muhammad Fahmy, toured the border crossing points and the line extending from the north to the Bekaa, to inspect the crossings and the points used for smuggling in these two areas.

Fahmy began his northern tour on board a military helicopter that landed at the army’s first border regiment command center in the town of Shedra, Akkar district, and listened to a detailed explanation from the regiment commander, Colonel Milad Saliba, about the military situation, the conditions of the legal crossing points, and the illegal routes at the Lebanese-Syrian borders that are taking place.

He also met with the leadership of the regiment, praising the “role of the army in maintaining security in the region,” wishing the regiment leadership success in its tasks emanating from the military section with discipline and the protection of citizens to preserve the sovereignty of Lebanon and preserve its security and stability.

The minister praised army’s cooperation with the security services to control borders and re-broadcast the culture of smuggling damages, saying: “Here comes the state’s responsibility to revitalize the economy in all regions, especially the border ones, because smuggling is a chronic problem dating back to before 1975.”

Then Fahmy visited the watchtower with the officers of the regiment at the Lebanese-Syrian border in Shdra to explore the reality of the area closely.

After that, he went by military helicopter to the Bekaa region to inspect the crossings and inspect the places where smuggling operations are active, and he met with officers from the leadership of the second border regiment, and heard from the regiment commander, Colonel Muhammad Dahboul, a detailed explanation about the security and military reality and the status of the crossings.

The tour was concluded by inspecting the army’s control tower in the Mastaba area in the highlands of al-Qaa – Hermel.