Families of the Port Victims Committee : The Court of Cassation issued an unfair judgment in our case 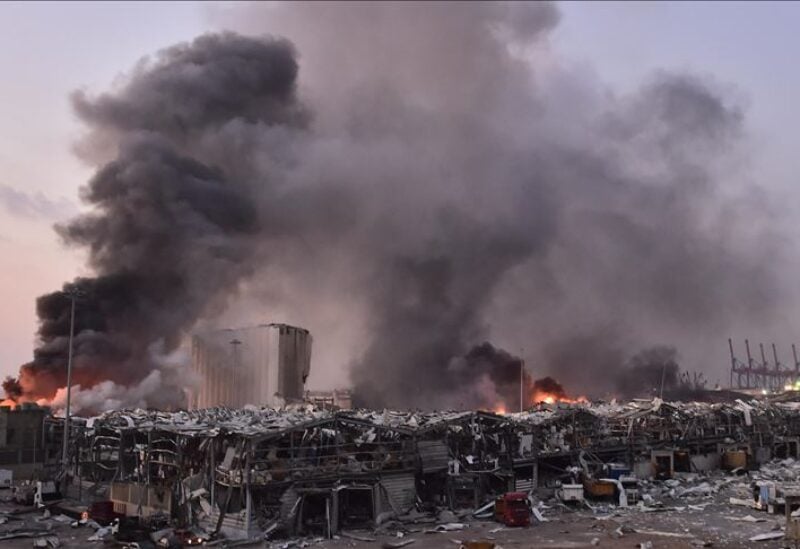 The head of the Editors’ Syndicate, Joseph Al-Qasifi, confirmed that the bombing of the Beirut port on the fourth of last August caused a great wound in the collective memory of the Lebanese due to the horror of the disaster and its devastating consequences, and exceeded the limits of memory to settle a pain residing in the depths of hearts and souls, which will not be forgotten.In a speech he delivered to the families of the victims of the port explosion, he said: No condolences to the families of the 207 martyrs and the thousands of wounded and disabled who were killed as a result of the bombing, except by knowing the truth, so that the judicial investigation would reach its conclusions and determine the responsibilities, and know who caused this explosion, who carried it out, and who neglected the case.

He continued: “An explosion of this magnitude must not be buried with the passage of days by ignorance of the perpetrator. We hope that the new judicial investigator will lead the investigations and intensify the quest to uncover the truth. It is what the committee of the families of the victims of the port bombing requested. Who has the right to know everything about the explosion, so that the souls of those who lost loved ones would be happy?They have the right to consider their loved ones who were martyred, just like the martyrs of our valiant Lebanese ArmyIt is the right of these people to receive salaries, and full health and social care for their wounded and disabled as a result of the explosion. They have the right to complete the compensation cycle for houses, shops, and demolished and damaged establishments.

He declared, “The press and the media in Lebanon include the voice of the families of the martyrs, whoever has died, and whoever bears a deep wound in the body and heart, or a handicap, remains a witness to the testimony of this slain and excluded nation. You are Welcomed, a crying voice, we hope that it will not fall on a wilderness or a valley, and that it meets what it deserves in the hearts of those who have the matter.

Ibrahim Hoteit delivered a speech on behalf of the committee in which he said: “In our first press conference, we showed you how we launched as a committee for the families of the martyrs of the Beirut port bombing with some moves that aimed to obtain the passage of the law on equality for the martyrs and wounded in the port bombing with martyrs and wounded by the Lebanese army. where we suffered from procrastination to  obtaine the signature of the three presidents to approve the decree. This necessitated a sit-in in front of the House of Representatives and threatening to storm it, as we promised to open a legislative session immediately after a session to read the message of the President of the Republic.

This law was published in the Official Gazette, Issue 48, dated 10 12 2020, as it was abrogated and unlike what we promised.He continued: “This law did not specify the date of fulfillment of the rights (the salaries of the martyrs). Will it be from the date of martyrdom as they promised us, or from the date of issuance of the law. And they started hinting to us in an attempt to steal the rights of our martyrs, just as the nerves of the families of the martyrs were tampered with by some of the military ranks by telling them that they were not covered by medicine, scholarships and school aids.

And he sent a letter to the Court of Cassation stating: “You issued an unfair judgment in our case, and we warn against a repetition of what happened. You have caused deep pain to our orphans, bereaved, and widows who will not forgive you for it. And you are familiar with our cause. Take political considerations out of your calculations before you are the target of our revolution against you. The revolution fueled by the blood of 213 victims, 6,500 wounded, and thousands of affected families.