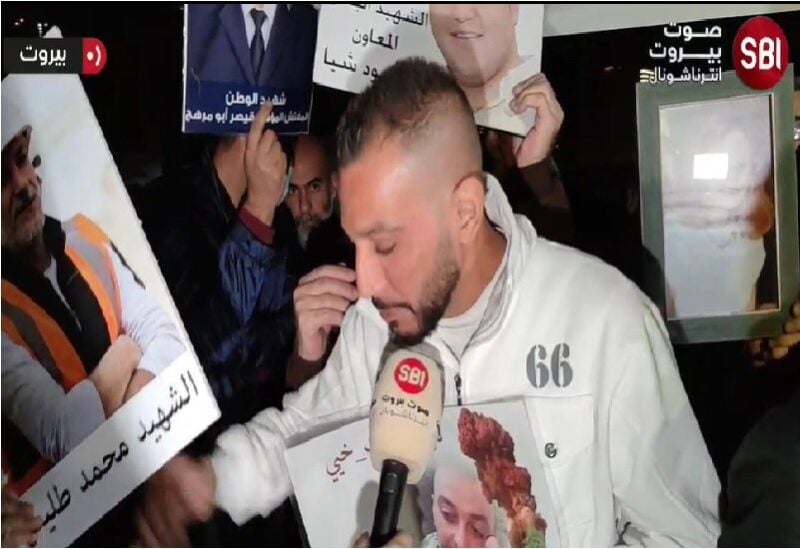 A stand by families of port explosion victims

The Association of Families of Beirut Port Explosion’s victims, pointed out that every day, they are surprised by attempts to dilute the case, and said: “Let it be known to you that anyone who obstructs the investigation, is an enemy of us, and our cause.”
The families, and while standing in front of the statue of the expatriate, addressed the Parliament by saying: “Do not try to manipulate with our cause and pass your malicious intentions.”
They stressed that it is time for the judiciary to impose its word and stand by the oppressed, calling for justice for their victims, and for their blood not to be tampered with, so they will not be killed twice.
The families demanded also the expedition in pending files, so that the judicial investigator in the case, Tariq Bitar, could complete his work.