FENASOL: To raise the daily transportation allowance to 20 thousand pounds 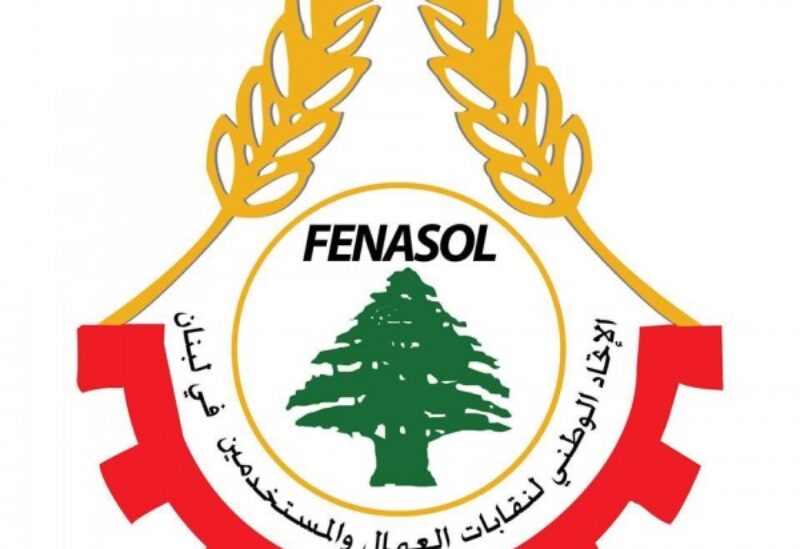 The Executive Office of the National Union of Workers and Employees in Lebanon “ FENASOL” held its regular meeting, which was initiated by the President of the Union Castro Abdullah by directing “a greeting of pride to the Lebanese working woman and all the women of Lebanon and the world on the occasion of approaching the International Women’s Day on the eighth of March,” stressing “the importance of the role of Lebanese women in the struggle, Political, social, and in all demanding and union fields, and it is a rich and bright history of the sacrifices of Lebanese women for the sake of their equality with men in all of work and production fields, and the amendment of articles that prejudice their right in the Lebanese Labor Law, at least and up till now, ”calling for“ the ratification of Convention 190 of the International Labor Organization on Working Women.

Abdullah pointed out, “The difficult and dire living and economic situation of the majority of the Lebanese, workers, people with limited income and other social groups, which threatens social security in Lebanon due to low wages, unemployment and the insane rise in food prices, in line with the rise of the dollar on the black market to touch the threshold of ten thousand Lebanese pounds and the loss of medicine and medical drugs in pharmacies, the increase in fuel prices, the price of a bundle of bread for the poor, and the fact that some bakeries are decreasing its current weight. All this is taking place under the eyes of the concerned ministries without taking any deterrent steps towards the mafia of black market traders who have come to tighten their grip on all sectors and control them in cooperation and coordination with bank money whales. The companies benefited with tens of millions of dollars by giving them instead of the subsidized price that foodstuffs were stored in warehouses. All of this is taking place under the watchful eyes of the concerned ministries, without any supervision or oversight, and the government collectively is content with the role of a spectator only to the starvation and impoverishment of our people and the terrible deterioration in their wages, housing, health, education of their children, and the deterioration in all basic services.

The Federation demanded the following:

First: Raise the daily transportation allowance for workers in the private and public sectors to twenty thousand pounds.

Second: Payment of a high cost of living advance that is commensurate with the high prices and the deteriorating living conditions of all workers in the private and public sectors.

Third: Approving a magnetic card for public car drivers working in the daily transport sector to fill in subsidized gasoline from the state to avoid the fuel dealers and mafias.

Fourth: Rejecting any increase in the price of a bundle of bread for the poor or losing its weight. We warn the Ministry of Economy and Trade and the bakery owners against taking any step to do so, especially after the global drop in the price of one ton of wheat. We also call on the ministry to form field committees, in cooperation and coordination with the Union of Bakery and Ovens Workers, to monitor the subsidized flour in bakeries that is used for other than bread. We will announce escalatory steps, including a sit-in in front of the Ministry of Economy, Trade and Furnaces, and we will work to expose the subsidized flour cartel and all those who are tempted to tamper with the bread of the poor.

Fifth: Adopting transparency in vaccination from the Corona pandemic and holding those wrongdoing accountable, no matter how high they are, especially after the parliament’s scandal and vaccination from outside the platform and talking about the loss of thousands of vaccines, while the elderly and workers on the front lines of the Corona pandemic, first aid teams, and medical and nursing staff are losing people daily.

Sixth: To consolidate the ranks of the union, national, democratic, professional and educational forces and all the affected bodies and forces for the sake of a comprehensive confrontation with the corrupt authority and the mafias of the black market.

The Union called “all its unions, workers, workers, employees and farmers at the level of Lebanon to prepare to move and to go to the street in defense of our decent living.”