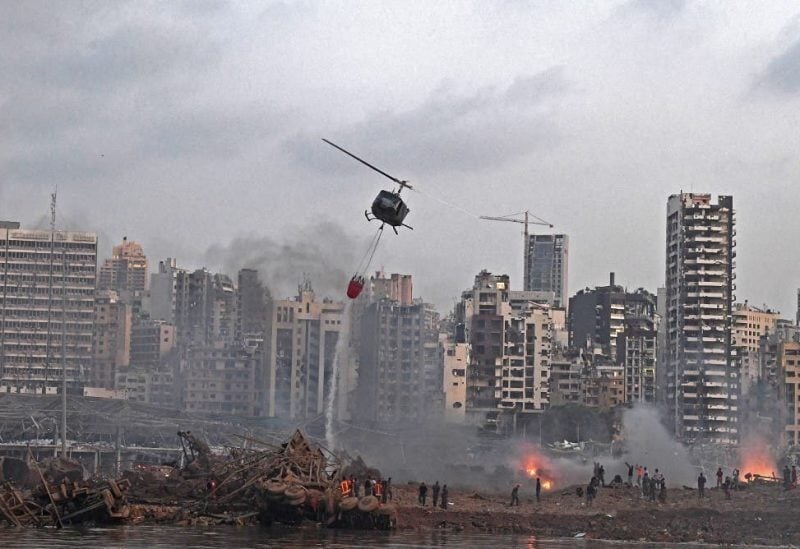 Judge Tarek Bitar, a newly appointed judicial investigator into the Beirut port explosion probe, received on Monday the case file from his predecessor Judge Fadi Sawan, and embarked on examining it.

He began scrutinizing the testimonies of witnesses and defendants (the arrested ones and those who still on the loose), in addition to reports submitted by experts and all other relevant documentation.

“Bitar will resume investigations from the point reached by Judge Sawan but he will lay down a road map that shall set out the course of his work and the method he will be adopting, taking into account the investigation’s requirements and the interest of justice,” judicial sources told Sawt Beirut International.

The same sources expected the investigation to resume within one or two weeks after the new judicial investigator will have finished examining the file documents, noting that he will probably put a list of the names of defendants and witnesses he will summon to investigation.

“The new investigator will not disregard any incident in the file, but rather he will assess each document, and will not allow politics to interfere with his work or affect its conduct,” the sources added.

A delegation of the Beirut Fire Brigade victims’ families expressed on Monday their relief over the swift appointment of a new judicial investigator by the caretaker Minister of Justice Marie Claude Najm.

“We had decided to escalate our movement up to shutting down Beirut’s Palace of Justice. However, with the swift appointment of a judicial investigator – which is a positive stance – we came to thank the minister of justice, the ministry and the Higher Judicial Council,” said William Noun who spoke on behalf of the delegation following a meeting with Najm.

“We will give Judge Tarek Bitar some time to examine the file which is a big and critical one,” Noun said, noting that the “powerful” judicial investigator is determined to work on the case.

“The victims’ families want an independent judiciary that is not subject to political pressure. They are not against the state and its institutions but all they want is to uncover the identity of those of killed their sons and brothers,” he added.

Protesters gathered in front of Beirut’s Palace of Justice on Monday morning, calling for justice over the port explosion case amid tight security measures taken by the Lebanese army, the anti-riot squad and other security forces.

Judge Sawan, the former judicial investigator into the port blast probe, was dismissed from the investigation upon a request from 2 former ministers he had leveled charges against. The court cited “legitimate suspicion” over Sawan’s neutrality.

The explosion injured killed more than 200 people, injured thousands and devastated several districts in the center of the Lebanese capital.