Flour docked in Lebanon not stolen from Ukraine, source at importing firm says 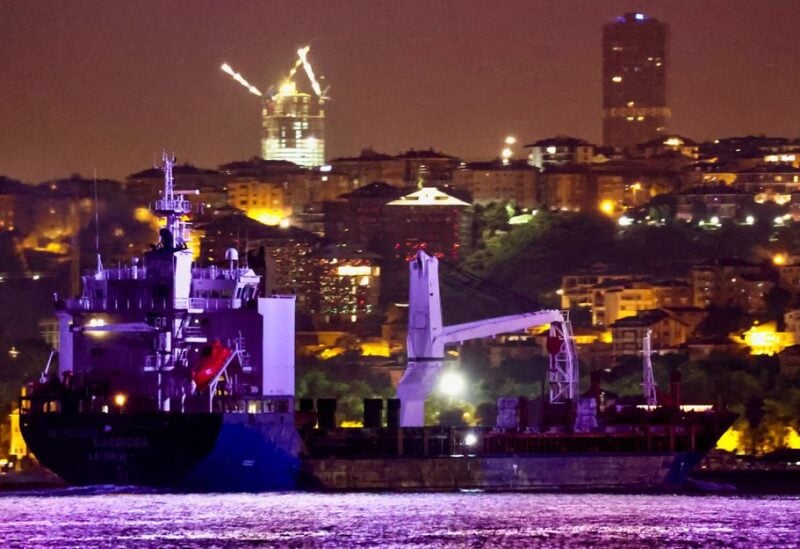 An official of a Turkish grain trading organization refuted claims that flour and barley on board a ship berthed in a port in Lebanon had been stolen from Ukraine and originated there. Instead, the representative said that the flour originated in Russia.

The Loyal Agro Co LTD representative, who declined to provide his or her name to Reuters, said that the company wanted to bring 5,000 tonnes of flour onto the ship and sell it to private buyers rather than the Lebanese government.

Reuters could not immediately reach Lebanese government officials for comment.

The Ukrainian Embassy in Lebanon on Thursday told Reuters that a U.S.-sanctioned Syrian ship had docked in the northern Lebanese port of Tripoli “carrying 5,000 tonnes of barley and 5,000 tonnes of flour that we suspect was taken from Ukrainian stores.”

The Russian embassy in Beirut said it had “no information regarding the Syrian vessel or a cargo brought to Lebanon by a private company.”

Russia has previously denied Ukrainian allegations that it has stolen Ukrainian grain.

The company official said the cargo had not been offloaded and Lebanese customs had not yet granted an import licence as customs was in the process of investigating Ukrainian assertions that the flour had been stolen by Russia from Ukraine following Moscow’s invasion of the country.

The official said the company had provided Lebanese customs with documentation showing the source of the cargo was legitimate.

They declined to provide the documents to Reuters.

A customs official and shipping source told Reuters on Thursday that the Tripoli port had not offloaded the ship due to suspicions it was carrying stolen goods.

Lebanese customs could not immediately be reached for comment Friday.

The remaining cargo was set to be offloaded at a Syrian port, they said.

The official said that the flour could be sold for between $620 to $650 per tonne in Lebanon, whereas a tonne would fetch $600 in Syria.

Bakeries in Lebanon were inundated this week by frustrated crowds in a country where about half the population is food insecure, according to the World Food Programme.

Lebanon used to import the majority of its wheat from Ukraine, but those shipments have been disrupted by Russia’s invasion and blockade of the main Black Sea ports through which Ukraine once exported.

Ukraine had resumed legal exports of wheat to Lebanon in mid-July, according to the Ukrainian embassy and the head of Lebanon’s mills association.