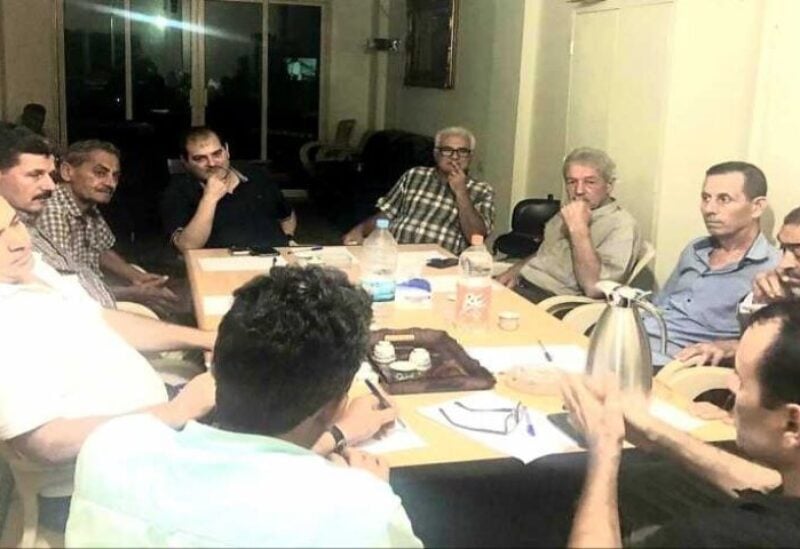 The Follow-up Committee for the Victims of Al-Tleil explosion held a meeting in the municipality building of Ain Tinta – Ain Ashma – Fasiqin, three days after the two wounded Hassan Al-Moslemani and Khaled Hawik from the town of Ain Tinta passed away.

Mayor Abdel Meneim Al-Sheikh invited for the meeting in the presence of heads of Municipalities and mayors of the region and its vicinity.

In a statement, the meeting commended the claim of the government commissioner, Judge Fadi Akiki, against those involved in Al-Tleil massacre, calling on the competent judicial authorities to “expand the investigation and listen to more witness testimonies.”

They affirmed “the national constants through supporting the security institutions, mainly the army.” They said that “the initiative of the Army Commander, General Joseph Aoun, by visiting the injured soldiers in hospitals, and the initiative of Major General Imad Othman in terms of sending patrols from the Information division to keep pace with fuel tankers to the Akkar Governorate.”

The mayors appealed to the oil importing companies to “supply Akkar governorate with fuel immediately, especially the stations, under the supervision of the municipalities and the security forces.”

They thanked the charity organizations and individual initiatives towards the families of the martyrs, the wounded and the entire region.” They called on Parliament Speaker Nabih Berri and all parliamentary blocs to “support the draft law presented by one of the region’s deputies, which states that victims are considered martyrs of honor and to allocate for them pensions and compensations, as well as the wounded.”