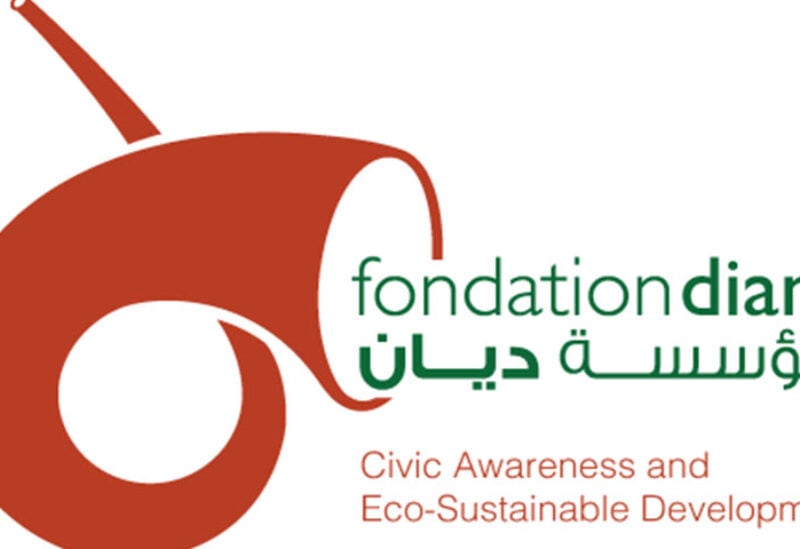 This roundtable discussion falls within the mission of “Fondation Diane” that is to empower women, and promote civic awareness & active citizenship on the one hand, and achieving the 17 Sustainable Development Goals (SDGs) on the other hand. Through this initiative, the foundation contributes to the implementation of the fifth goal (SDG5) which calls for “achieving gender equality and empowering all women and girls.”

Diana Fadel, Founder & President of “Fondation Diane” delivered a touching and moving message about Lebanon. She then shed the light on the effective role of women in society, especially in times of crises. She continued: “The status of women in our country is miserable and their rights are violated. Just look at the personal status laws, and count the number of women in parliament”. In this context she called for women’s solidarity “their union constitutes an unstoppable force for change!” She focused on women’s ability to revive the nation and put it back on the right track, starting by reaching the parliament in big numbers, and fiercely fighting for their rights. She concluded: “Women are majority. Since they constitute 52% of the electorate in Lebanon, they are capable, with their votes, to elect half of the parliament members. Let’s unite to make history and empower women with decision-making positions they deserve with dignity, independence, responsibility, and authority”.

Ali Khalife, Researcher and Professor of Citizenship Education – Lebanese University focused on the declining status of women when it comes to their participation in politics, and their diminished civil rights in light of the religious personal status laws. He said: “The 2018 Global Gender Gap Report ranked Lebanon amongst the lowest on the political empowerment of women in Arab countries, knowing that the Lebanese women were given the right to vote and to stand for a seat in the parliament since 1952, way before many Arab countries. He believes that Lebanese women should be encouraged to stand for elections and become at the center of the political scene, to be able to carry out necessary gender reforms in order to advance the status of women in Lebanon, and consequently the political situation in general. He concluded by focusing on the importance of breaking the stereotyped image of women, starting from education at home and school.

May El-Khalil, President of the “Beirut Marathon Association” stressed the role of women in sports. She said: “Contrary to traditional beliefs, women are physically powerful and strong. That’s why we introduced the annual Women’s Race and training programs. “This race aims at empowering women, supporting their psychological and physical health, and contributing to their self-realization. She concluded: “Our decision is to continue our path as women for the sake of life and hope, and for the sake of women. To every woman I say, your path is your decision. We will stand with you inside and outside the parliament.”

Madiha Raslan, President of the “Women Leaders Association” (WLA) confirmed: “Businesswomen are agents of change, in many economic fields as their fellow businessmen”. She continued: “We at the Women Leaders Association are working towards promoting investment and trade in the Arab World. Consequently, we established with the Union of Arab Chambers the Arab Women Entrepreneurs Network (AWEN) which will enhance women’s ability to innovate and accumulate funds and technical expertise to benefit their nations. AWEN was announced during the “Ana Lubnaniya –Arabiya” conference organized by WLA at the Dubai Expo where Arab businesswomen convened to discuss business opportunities”. Raslan affirmed: “Now is the best time for women to invest and grow to become active players in the local economy especially in growing our National GDP after this severe economic crisis”.

Michel El Helou, Candidate of the National Bloc – Baabda in the upcoming parliamentary elections affirmed that “the struggle for women’s rights concerns all of us, and the beneficiary is society as a whole, including men.” He gave an example on the strength of the European Union, which is headed by three women and the difficult decisions they take in light of this exceptional crisis, namely the war between Russia and Ukraine. “This strong image of women in decision-making ends all doubts regarding their ability to reach the most important positions of power and rule.” Moreover, he dwelled on the “huge gap between the Lebanese society’s progress and the current unjust laws” that limit it. He continued: “Based on my experience in journalism, topics related to women’s rights attract a large number of readers, which means that the Lebanese society is ready for change.” He concluded: “My message to all women who wish to stand for elections, don’t think, do it! Today our country needs a mother to protect it!”

In her speech, Tracy Chamoun, Politician and former Lebanese Ambassador to the Kingdom of Jordan shed the light on patriarchy and its monopoly of the political sector. “The representatives – who often fight each other – united and voted against women’s quota.” she said. She added that “the Lebanese are in a difficult situation, and women have a national duty and role. Women should be encouraged to stand for elections, to elevate women in the political sector, which to this day still deprives them access to decision-making positions.” She stressed the importance of amending masculine expressions regarding political titles. Based on her experience as a former ambassador to Jordan, she explained the bold step taken by Jordanian legislators which helped amend the constitution to achieve gender equality. She also gave an example of the Irish sectarian war which could not have ended without women’s unity.

Sarah El Yafi, Public Policy Consultant and Political Activist clarified some misconceptions, such as feminism and women’s rights, especially that a part of the society believes that women are not eligible to demand for equality with men, because the two genders are biologically different. Based on this concept of difference, she emphasized that men have access to all positions of power, job vacancies, and history writing. El Yafi presented a historical approach to the situation of women over the years, stressing that the issue of equality was not addressed since Plato and Epicurus 300-400 B.C. and later on in the eighteenth century. “22 centuries of human civilization and progress that are completely devoid of any mention on equality! Moreover, women have been denigrated, deprived of power and dignity.” She concluded her speech by stressing that all societies that do not adopt equality are more violent, poorer and less stable than others, underdeveloped on the economic and cultural levels… and are doomed to disappear!

In her speech, Abou Farhat touched on the importance of transforming women’s jealousy into an honest competition between them. She added, “Lebanon ranked 183rd out of 187 countries in the world, in terms of women’s representation in parliament, and 15th out of 17 in the Arab world, being the only Arab country that did not take any serious measures to support women.” She urged women to participate massively in the upcoming parliamentary elections to modernize the unfair laws against them. She stressed the responsibility of ruling and emerging parties in putting out ballot lists that include 50% of women. Finally, she highlighted the importance of the preferential vote in changing facts and granting women seats in the parliament.