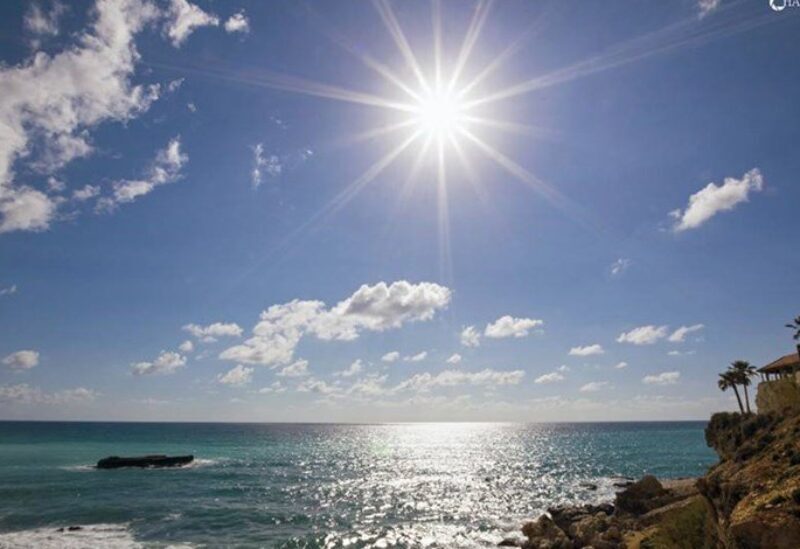 Tomorrow’s weather is predicted to be partly cloudy, with local fog on the mountains and a modest rise in temperatures in some mountainous and inland locations, the Directorate General of Civil Aviation’s Department of Meteorology reported.

In general: The eastern Mediterranean basin will be dominated by mild spring weather in the following days.

Note: (The average temperature on the coast during June is between 21 to 30 degrees).

Wednesday: Partly cloudy, with a slight drop in temperatures below their seasonal rates, and fog forms on the heights, especially in the morning.

Thursday: Partly cloudy, with local fog in mountains and a slight rise in temperatures in some mountainous and inland areas.

Friday: Partly cloudy to partly cloudy with no change in temperature, and fog on the heights.

Saturday: Partly cloudy with a limited rise in temperatures in most areas.

The temperature on the coast fluctuates between 20 and 27 degrees, over the mountains from 13 to 24 degrees, inland regions between 16 and 30 degrees.

Surface winds: southwesterly, between 10 and 40 km/hr.

Visibility: Good, worse at heights due to fog.

Relative humidity on the coast: between 55 and 85%