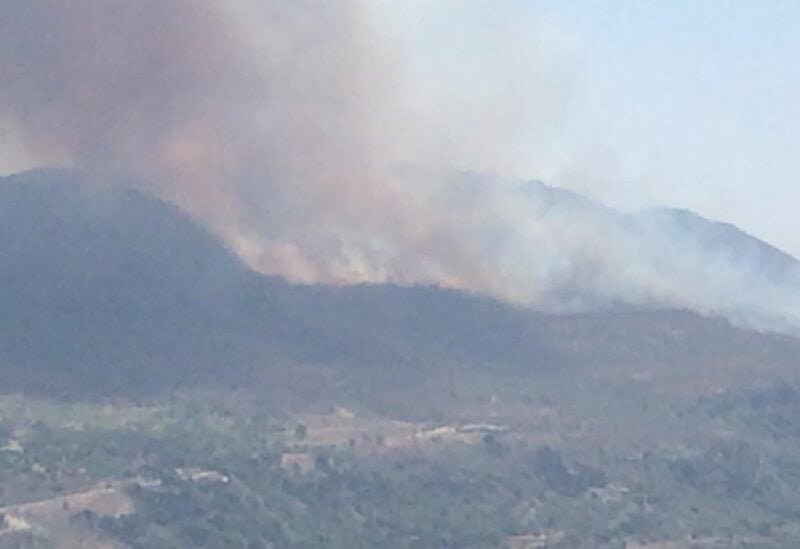 A huge fire broke out today in the forested area between the towns of Deir El Qamar and Kfar Qatra in the Chouf region.

The people in both towns appealed to the concerned officials to intervene immediately to limit the expansion of the fire, due to fears of approaching homes and inhabited areas.