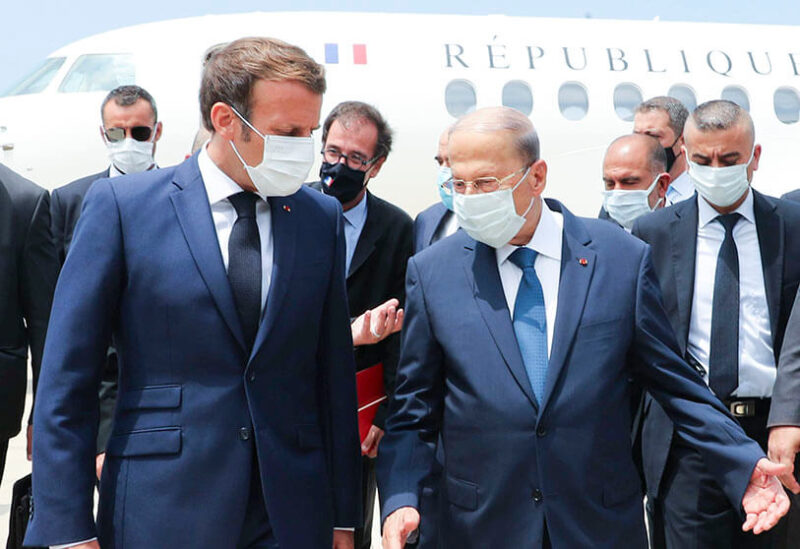 France and its international partners will seek to increase pressure on Lebanon’s politicians in the coming months, a French diplomat said on Wednesday, although he did not envisage sanctions against individuals in the immediate term.

Paris has spearheaded international efforts to rescue the former French protectorate from its deepest crisis since the 1975-1990 civil war, but has failed so far to persuade squabbling politicians to adopt a reform roadmap and form a new government to unlock international aid.

“On a political level, what’s called for is a very strong increase in pressure on the Lebanese actors,” the diplomat, who asked not to be identified, told reporters.

“We will act with our European partners and Americans to identify all the pressure levers that we can put in place so that those who believe they have a greater advantage in blocking the system and forming a government reconsider their calculations.”

When asked whether that meant possible sanctions on Lebanese officials, the diplomat said the short-term objective was to raise “political pressure”.

“It wasn’t a priority in August/September, but after six or seven months the question is legitimate,” he said, adding nothing concrete was being discussed for now.

Coordination with the United States on the issue was more fluid, he said, because the new administration could see the merits of French efforts while the Trump administration had seen Lebanon through the prism of its maximum pressure campaign targeting Iran.

“What we can see after seven months is that there is an extraordinary resistance, (acceptance of the) status quo and sharing the cake of the Lebanese system, but there isn’t much left of the cake to share,” the diplomat said.

“Our role is to try and put them (Lebanese politicians) under sufficient pressure so they understand they need to move.”

Another Western diplomat said Paris believed sanctions should be a last resort and it was not yet time for that.