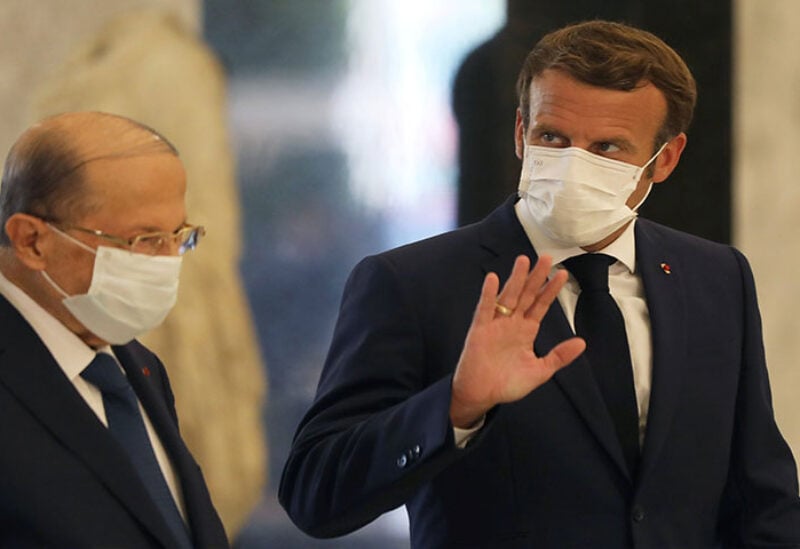 France is considering sanctions against Lebanese politicians after months of internal disputing that has left the country without a functioning government since August and mounting insecurity caused by its worsening economic crisis.

“We are exploring the possibility of sanctions,” a French diplomatic source told The National on Thursday.

“This doesn’t mean that we will sanction everyone in the next weeks, but it shows that we are serious in wanting to move the file forward because … the Lebanese population needs a state that can function and confront challenges.”

The diplomat spoke hours after French President Emmanuel Macron said he would push for a new approach on Lebanon.

“The time of the test of responsibility is coming to an end and there will be a need in the coming weeks, in a very clear manner, to change approach and methods because we can’t leave the Lebanese people since last August in the situation in which they are,” Macron said.

“It’s tempting to say it is a case of non-assistance to a country in danger by Lebanese politicians,” he said.

Lebanese politicians promised Macron last September that they would form a government within a fortnight. The French president, who at the time said that he would not consider targeted sanctions in the short-term, visited Lebanon twice after a devastating explosion at Beirut’s port that killed over 200 people on August 4 and pushed Prime Minister Hassan Diab to resign.

Along with the Covid-19 pandemic, the disaster compounded public anger at Lebanese politicians and the country’s worst economic crisis that began mid-2019. Analysts say that it was caused by decades of mismanagement and corruption by Lebanon’s sectarian leaders, most of whom have been in power since the end of the 1975-1990 civil war.

Lebanese politicians repeatedly stated that they remain attached to what they call “the French initiative”, which involves a government of technocrats. But prime minister-designate Saad Hariri, appointed in late October, has failed to form a government in the past six months. He has sparred with his rivals, including President Michel Aoun, over how to distribute ministerial posts. Mr Hariri is a former prime minister who heads the Future Movement party.

After meeting Aoun on Thursday, Hariri said there was “an opportunity” to form a government. They are scheduled to meet again on Monday.

“Clearly since Macron’s last visit to Lebanon nothing has happened politically, and the country is falling apart. There is a major crisis, insecurity is increasing and no will to move forward,” said the French diplomatic source. “There must be a change of attitude and an increase in pressure on political actors.”

The source added that France could impose autonomous sanctions or co-operate with the EU. “Everything is possible, it’s just a matter of procedure. EU sanctions would probably need more time but have more impact,” they said.

An EU diplomatic source told The National that sanctions on Lebanon could resemble those taken by the council of the European Union in 2011 against Tunisian and Egyptian leaders.

At the time, the sanctions were based on politicians depriving their people of “the benefits of the sustainable development of their economy and society and undermining the development of democracy in the country”.

“That could well apply in the case of Lebanon,” said the EU source.

But targeted politicians can also dispute sanctions in EU courts. “Quite a large number of politicians listed in the wake of the Arab spring won their case and were removed from the sanctions list,” said the EU source.

“Sanctions are generally very difficult to agree on in Brussels unless there is a strong willingness to implement them,” they added.