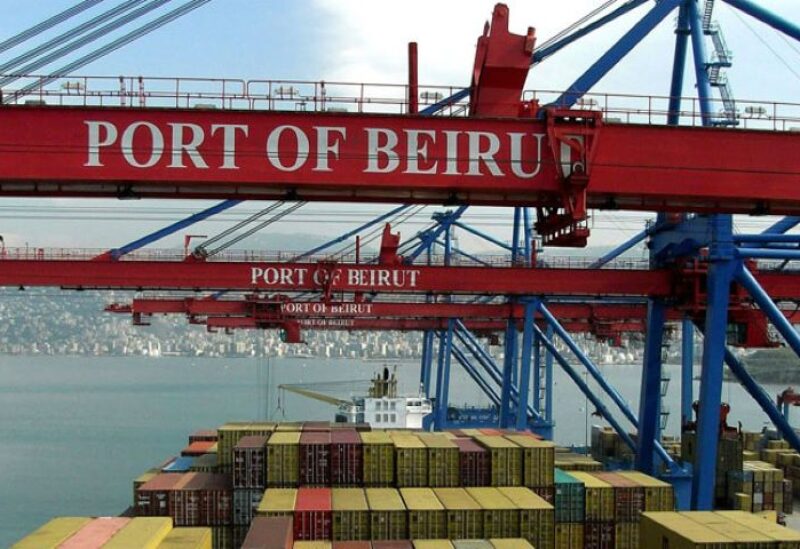 Container Terminal at Port of Beirut

Industrial and agricultural exports dropped 23 percent in the first three months of the year to $699 million, compared to the same period last year, according to Customs data.

Real export figures, which exclude pearls and precious stones, whose total value of exports reached $178 million in the first quarter of the year, dropped by four percent during the same period.

In this context, Director General of the Ministry of Industry, Dany Gedeon, told Sawt Beirut International (SBI): “The results of exports are not surprising but rather expected amid the exceptional circumstances the country is going through, and the huge challenges facing the sector.” Gedeon asserted that local industry has prospered in the last two years, as manufacturers managed amid the stifling economic conditions to meet the market’s needs, and compensate the significant drop in imports.

Gedeon attributed the slight drop in industrial exports to several factors, most notably the difficulty of securing the required fresh dollars to fund raw material purchases to maintain production sustainability. He added: “Devaluation, instability of the dollar exchange rate and consequently the difficulty of pricing products is another factor.” He attributed the third factor to the financial crisis, which was accompanied by banks withholding depositor’s money, and halting all banking facilities. The global economic slowdown as a result of coronavirus pandemic and closures affected exports as well, he said.

Exports of prepared foodstuffs and beverages dropped five percent to $96 million, compared to the same period in 2020. “Due to devaluation, ‘made in Lebanon’ products had become more competitive and this has increased demand, and this has pushed manufacturers to increase production, but the priority was for the local market,” Gedeon said.

Exports of chemical products increased 15 percent in the first quarter to $81 million. Gedeon attributed this increase to the soaring demand on detergents during and after the pandemic. Exports of paper materials dropped by 28 percent to $18 million, and this was due to the closure of schools and companies, and relying on remote learning and working.

Agricultural exports have surged 26 percent during this period to $77 million. The Head of the Syndicate of Fruits and Vegetables Importers and Exporters Naim Khalil told SBI that the exports of citrus fruits, bananas, and apples, as well as Cherimoya (Ashta) and avocados, were remarkable during that period, especially to Egypt, Jordan and Syria. He added: “The efforts of the economic attaché in Jordan have borne fruit, and allowed the export of a good quantity of bananas to Jordan.”

Khalil added that the exports of grapes and citrus fruits to Saudi Arabia were also noticeable before the Saudi ban, which prevented in April the import of agricultural products or their entry through its lands.

Most real exports went to Saudi Arabia, followed by Iraq, and UAE.