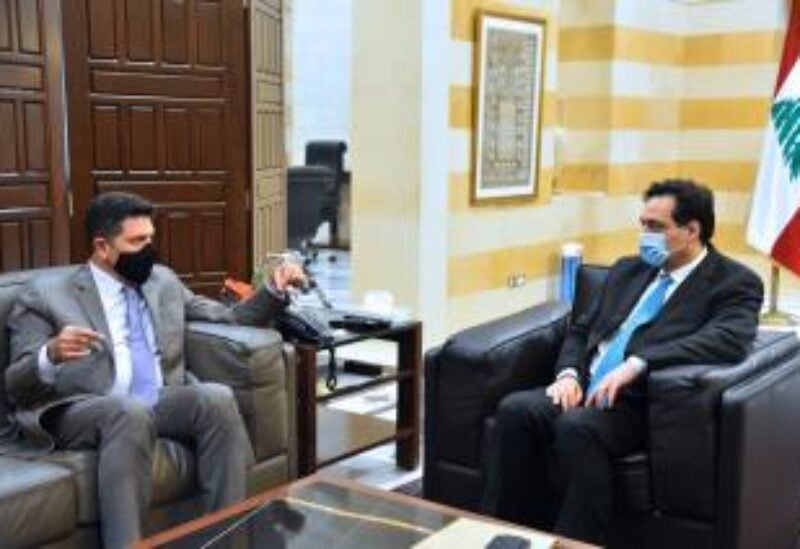 Caretaker Prime Minister, Dr. Hassan Diab, on Thursday welcomed at the Grand Serail Caretaker Energy Minister, Raymond Ghajar, who briefed him on the outcome of discussions during his visit to Syria and Jordan regarding the import of Egyptian gas to Lebanon through Syria.