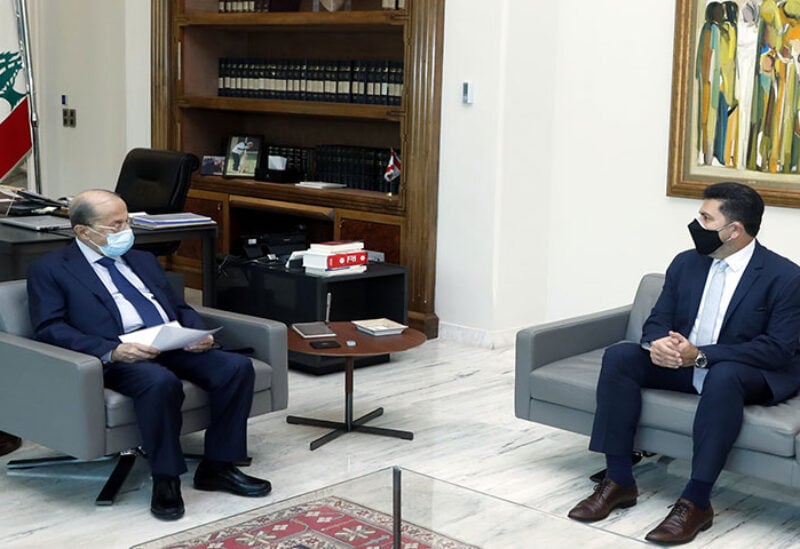 Caretaker Minister of Energy and Water, Raymond Ghajar, warned of the dangers of what the energy sector has reached in Lebanon, due to the lack of funds to purchase the required fuel so that EDL can continue and secure electricity for the Lebanese.

Ghajar also stressed that Lebanon might reach total darkness at the end of this month, as EDL doesn’t grant financial contribution to purchase fuel. He said that the catastrophic consequences will impact various sectors, especially health and hospital sectors, in light of the current conditions resulting from Corona pandemic and the importance of permanently securing electricity to maintain vaccine-quality. Ghajar also indicated that darkness will have a negative effect on food security and public safety as well as on both Internet and communication sectors.

The minister said: “The solution is through MPs assuming their responsibilities and signing an accelerated law to grant EDL a financial contribution which enables it to purchase fuel to secure the minimum required amounts of electricity”.

Ghajar’s stances came after his meeting with President of the Republic, General Michel Aoun, today at the Presidential Palace, in the presence of former Minister, Nada Boustany.

Ghajar said in a statement: “We briefed the President about the electricity situation and the dangers of not supplying EDL with the required amounts of fuel, which may lead to total darkness at the end of this month.” He said that this will had a negative impact on food security, health and epidemiological security, and on public safety which will surely lead to a problem in the economic cycle.

Everyone knows the dangers resulting from this situation. Today we are in the 21st century and we are talking about the inability of a country like Lebanon, which is known for its scientific capabilities, which is also unable to secure its basic needs, namely electricity, the main engine for various sectors. We are in more need of electricity today than ever before, especially in the health sector. Is it possible to imagine hospitals without electricity? In addition to the value of bills which the citizen will pay for generators, which will amount to more than double the value of his wage. For every Kilowatt-hour that we do not produce at EDL, we pay the value of the generator since we use 30% more diesel. This problem isn’t only the citizen’s responsibility, but also the responsibility of the Central Bank, which will have to export more US Dollars abroad in order to pay the diesel allowance. Thus, we pay an increase of fresh US Dollars abroad to secure the diesel allowance, and thus the citizen will bear a bigger bill in exchange for a bad service.

We have also briefed His Excellency, the President, about the atmosphere of pressure with which we are working in so that we do not reach darkness. We have put a value of 1,500 billion LBP in the general budget, and we said that we need a financial contribution. “Strong Lebanon” MPs presented an accelerated law in order to grant an advance or financial contribution to purchase fuel, and we insist that it be a contribution, especially since EDL in unable to pay the values of financial advance later to the Finance Ministry.

In the 2020 budget, there was an advance of 1,500 Billion Lebanese Pounds, and we only need this money to buy fuel and supply the Lebanese with electricity”.

Responding to a question, Minister Ghajar clarified that the problem today is summarized by the lack of funds needed to purchase fuel. “We used around 700 Billion LBP out of the 1500 Billion, from the 2020 budget. About 300 Billion remained and were used this year during the past three months to purchase fuel” Ghajar added.

Ghajar also pointed out that “Spot cargo and tenders are still the same, but we need money to purchase fuel. Today we do not spend money from the 2021 budget, but rather we use what is left from the 2020, because of lockdown and Corona outbreak in addition to the massive decline in global oil prices, which reached around 25$. Today however, prices are rising and have reached 70$, so we need funds in the 2021 budget, which has not yet been approved, in addition to the inability to extend the advance according to the budget law because it is only given once. Therefore, we need a repeated accelerated law which grants EDL a new contribution, so that it is able to continue”.

Question: Does this mean that we are going into complete darkness?

Answer: “We are going into the dark. But I think that MPs will not accept reaching this situation. The solution is in their hands, in order to provide EDL with the necessary funds. So, do they know where the situation will get to if this contribution is not signed? Who will bear the responsibility for that? After inspecting all available means to secure fuel, we concluded that the only way to do that is through an advance or a financial contribution, or of course through approving the 2021 budget”.

Asked about the living and economic risks in the event that no solution to this issue was reached, Minister Ghajar replied “It is impossible today to provide electricity in an acceptable manner through generators which cannot operate continuously for more than seven hours a day. Therefore, in the event of complete darkness, these generators cannot operate continuously for 24 hours, as the continuous electricity supply requires an institution which provides at least half the need. Hence, we are reaching the inability to provide electricity in the near future, neither from generators nor from EDL. This will have disastrous consequences on the hospital and health sectors to maintain vaccine-quality, securing the internet, food security etc.… This matter for me is surreal. We cannot live in the 21st century without electricity. The situation will be very difficult for security, health, epidemiological, economic and other sectors, and it will be very difficult to get out of this situation”.