Habshi: for a president that does not bargain 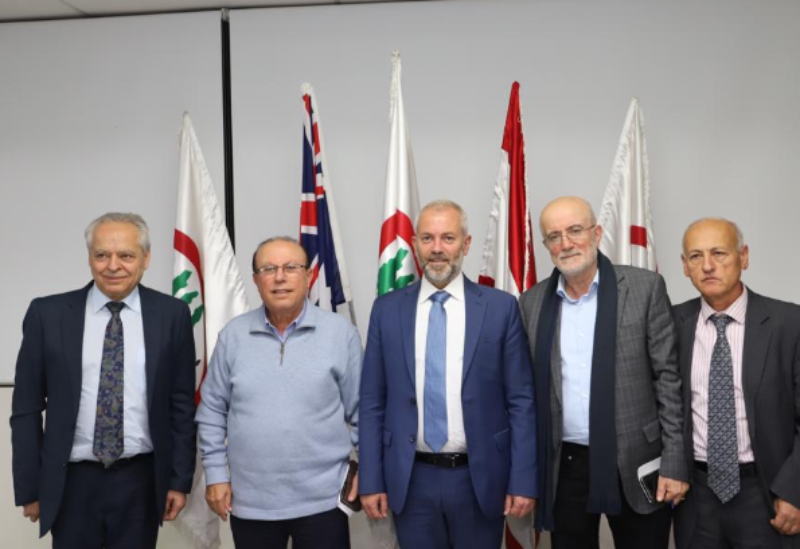 At a press conference held at the Lebanese Forces Party office in Sydney, MP Antoine Habshi, a member of the “Strong Republic” Parliamentary Bloc who is currently in Australia, thanked Lebanese expatriates for their “positive imprints and valuable contributions, particularly during Lebanon’s periods of hardship.”

He stressed that his visit to Australia has several goals, the most important of which is to communicate with Lebanese expatriates after the parliamentary elections, to inform them closely about the prevailing conditions in Lebanon and urge them to follow-up more on the situation, “for without them, Lebanon would not have survived through the difficult times, and because there are expatriates serving Lebanon more than some residents.”

Habshi asserted that “the current darkness of Lebanon will surely come to an end.”

When asked about LF Chief Samir Geagea’s candidacy for the Lebanese presidency, he said: “It is natural for Dr. Samir Geagea to be a candidate for the presidency, since he is the head of the largest parliamentary bloc and possesses great political experience…Moreover, the Lebanese Forces Party is capable of finding solutions to political and economic crises.”

He added, “We want a president who makes decisions, not a leader of bargains…a president who controls borders, who decides on peace and war and draws up a sound foreign policy,” adding that “as long as sovereignty is absent, problems will exist at all levels.”

Responding to another question regarding the side obstructing the formation of the new government, Habshi said: “We are no longer concerned with the obstruction, as Hezbollah participated in the direct formation of this government.. The rams over the government do not concern us, because both parties who were required to form the cabinet failed to preserve Lebanon’s sovereignty.”