Hariri from Baabda: It’s not the job of a prime minister-designate to fill out papers for anyone! 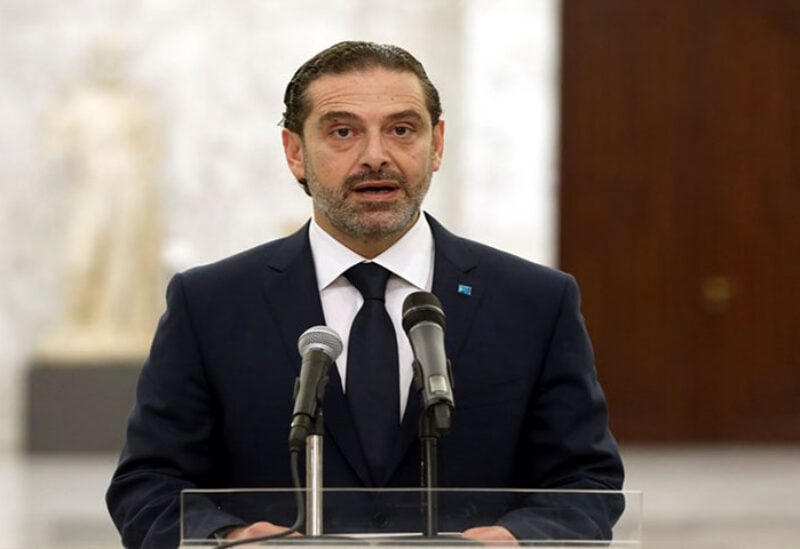 Prime Minister-designate Saad Hariri said following the meeting with the President of the Republic, General Michel Aoun in Baabda Palace this afternoon that they agreed to meet again today.

Hariri said: “In my last meeting with the President, we agreed to meet again today. However, unfortunately, he sent me yesterday a complete lineup, with a distribution of portfolios according to sects and parties, and a letter telling me that it is advisable for me to fill it out. The paper includes a blocking third for his political party, in a lineup of 18, 20 or 22 ministers. His Excellency asked me to suggest names for portfolios according to the sectarian and partisan distribution that he prepared.”

Hariri added: “In all transparency, I will tell you what I told him today. First, it is unacceptable, because the job of the Prime Minister-designate is not to fill out papers for anyone, and the job of the president of the republic is not to form a government. And because our constitution clearly states that the Prime Minister- designate forms the government, puts the names and discusses his lineup with the President. Therefore, I respectfully informed his Excellency that I will consider that his letter never existed; I gave it back to him and informed him that I will keep a copy of it for history!

He added: “I told him that my lineup has been in his hands for 100 days and that I am ready now, as I previously said publicly, for any proposals and amendments of names and portfolios, and even regarding his insistence on the Ministry of Interior, I facilitated the solution for him. Unfortunately, his answer is clear: the blocking third.”

Hariri continued: “I have one goal, which is to put an end to the collapse and the suffering of the Lebanese. I asked the President to hear the pain of the Lebanese and give the country its only and last chance through a government of specialists that will carry out reforms and stop the collapse, without disruption or narrow partisan considerations.”

Hariri concluded: “In the meantime, and because the President said in his last speech that I only presented him with broad lines, I will distribute to you the full lineup of names and portfolios that I presented to him here in Baabda on December 9th 2020, more than 100 days ago, and let the public opinion judge.”