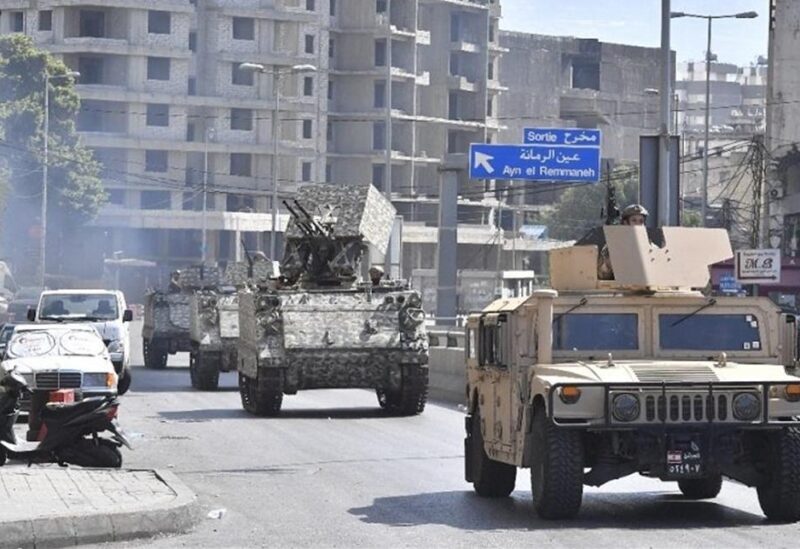 The LBCI channel, quoting security sources, reported that “the number of detainees arrested in the Tayouneh incidents by the Lebanese Army’s intelligence has risen to 23.”

It explained that, “3 people were arrested yesterday, two from Furn El Chebbak and one from Ain El-Remmaneh.”

The sources indicated, “The investigations were divided into two parts, the first is about how the first 3 people were killed, and the second part is about the events that followed this incident, and about the 4 victims.”

It stressed that “the investigation now is to know the type of weapons used,” expecting “a rise in the number of detainees, due to the testimonies and confessions, and the disclosure of those who transferred the weapons to them.”