Here are the proposals of the joint conference “Lebanon – Saudi Arabia: Re-exporting Hope” 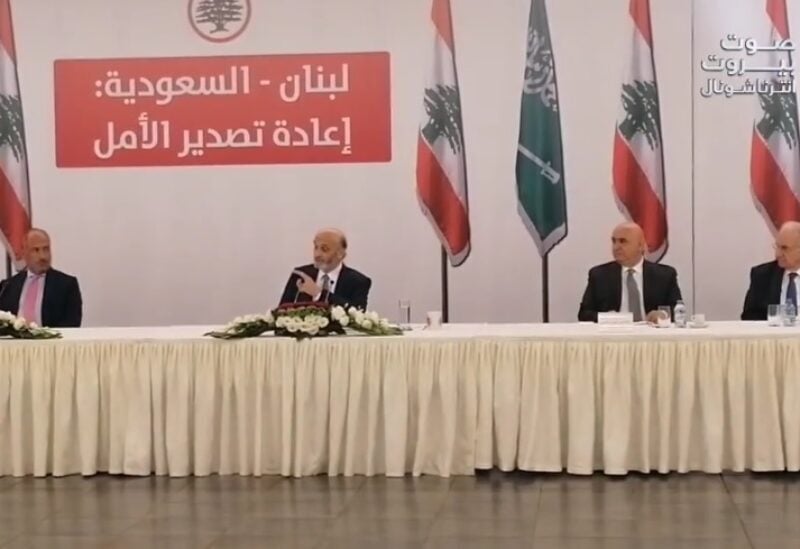 The head of the Lebanese Forces, Samir Geagea, read out the proposals of the joint conference, which was attended by the Saudi ambassador to Lebanon, Walid Bukhari, entitled: “Lebanon – Saudi Arabia re-exporting hope,” and they were summarized as follows:

▪ Drafting proposals based on the efforts of the private sector, including the adoption of land transport lines to transport Lebanese exports to the Kingdom of Saudi Arabia, and entrusting responsibility to the notary public at the authorities concerned with the export process.

▪ Suggesting a list of reliable exporters in Lebanon and strictness by the concerned ministries and security authorities on certificates of origin and customs transactions, and strictness by all control agencies regarding verification processes.

▪ Limiting exports to Lebanese truck owners and drivers, and establishing a land port for industrialists and agriculturalists, to be monitored by international monitoring equipment, prepared by the exporters and the Industrialists’ Association after agreement with the Lebanese customs.

▪ Wishing the Saudi authorities to facilitate the entry of Lebanese stockpiled goods as soon as the decision comes into effect and we will send what we agreed upon to the Saudi leadership.