Horrific video from Damour.. Armed with knives, they assault a cyclist and his friend! 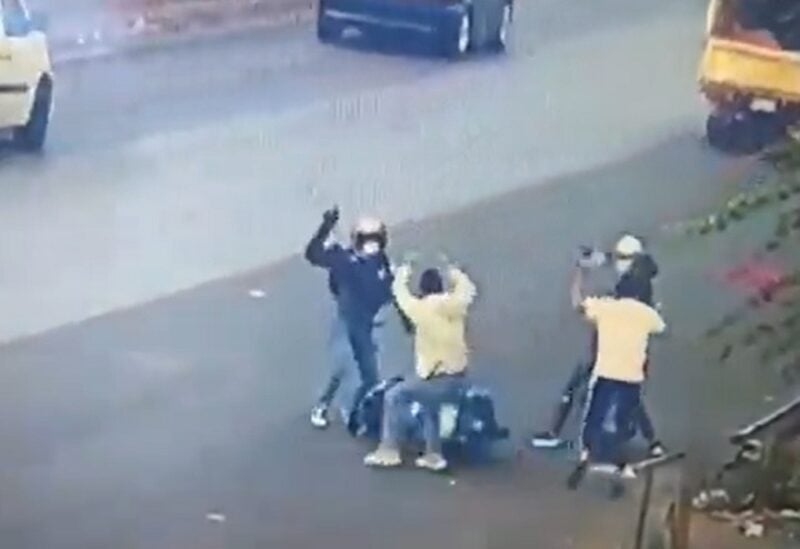 Yaza posted on its Twitter account, a horrific video clip, of two thieves, armed with knives, tried to steal a motorcycle by assaulting the biker and his friend, on Damour Road
The video clip shows how the two thieves, while trying to attack the motorcyclist and his friend, stabbed them with a knife to keep them away and intimidate them, so that they could commit the theft.
However, the two unarmed young men resisted with their bare hands, to defend themselves, and to prevent the two thieves from the robbery, which led to their injury.
Yaza reported that the condition of the injured is good, and the injuries are minor, and it is estimated that the two assailants escaped on a motorcycle they were riding.