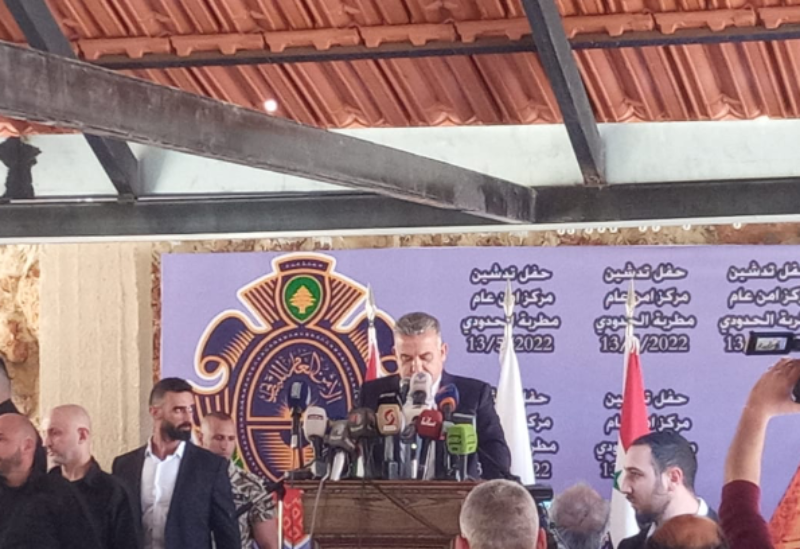 At the opening of the Al-Moterbeh border crossing in the Al-Qasr-Hermel area on Friday, Lebanese General Security Director-General Major General Abbas Ibrahim confirmed that as soon as work began on the crossing, “we will practically have closed eighteen illegal ones through which the Lebanese residing inside Syrian territories used to enter Lebanon.”

“This crossing will ease the hardship of our people when crossing from Syria into Lebanon; it will also expand the umbrella of legitimate security over the country and legitimize the movement process through an integrated border crossing, especially now that Syrian official authorities have followed suit by establishing a border post parallel to all the legitimate border crossings between Lebanon and Syria,” Ibrahim explained.